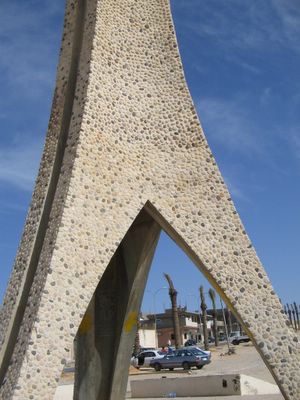 It's been a while since I posted the last 'Where is this?' challenge. If you think you know where it is (or you want to guess) click on comments. Click on the picture to see an enlarged image.

Because no one's come up with the answer yet, I've added this clue: 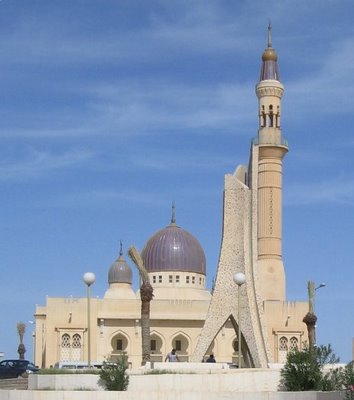 Come on! Give it a try! If you think you know where it is (or you want to guess) click on comments. Click on the picture to see an enlarged image.

We stopped in Tarhouna for a few minutes the day we went to Ben Walid. We let Ibrahim out to run around the square for a bit and we had a look around. 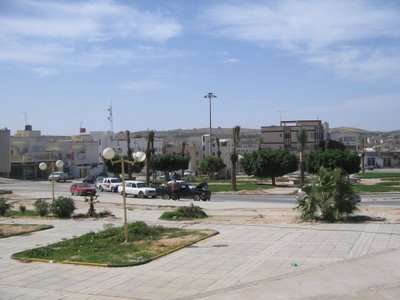 Next to the square is a round-about and while we where there a group of young boys and men were setting up some chairs and dragging out a few gazelles for people to come have their pictures taken with. This is common in Tripoli in the Green Square but I think they where only doing it in Tarhouna because of the Eid holiday.

Tarhouna is a hilly area. The town is a little lower than the surrounding countryside. In the picture above you can see the farmland around the city. 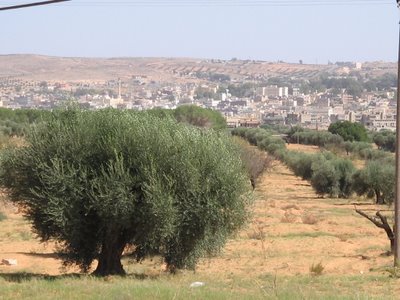 This is the view looking down towards the town from the olive tree covered hills as you approach Tarhouna.

Thanks Um Dania for posting your husband's answer! He won!