The Last Day of Eid 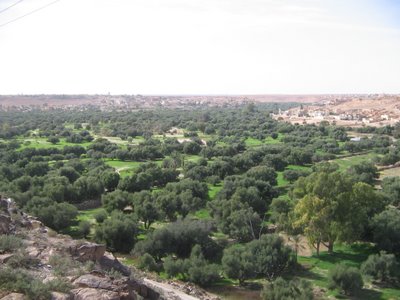 Today was the third day of Eid. We decided to take Jenna and Ibrahim for a long drive setting off at almost noon and driving to Ben Walid. We'd never been there before and I wasn't sure what it would be like. I've got students from there who have always said it's nothing but desert. So I was expecting something quite different than what I found.

To get there you have to drive south of Tripoli and turn off on a road before you reach Tarhouna and from there it's about another 45 to an hour's drive. The terrain was indeed barren, rocky desert just as my students had described. There were also 12 different security stops along the way which was annoying but at least it made everyone drive a bit slower. When we reached the town we found something we weren't expecting. There are stone and rock covered hills that surround a verdant green wadi. How could my students have not ever thought to mention it? It's lovely! 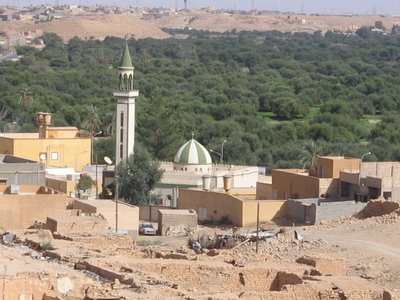 We drove around on roads that overlooked this wadi or green valley. The surrounding area was mostly houses with roads leading to other parts of Ben Walid. We stopped at a supermarket and picked up some bread, cheese and tuna to make simple sandwiches, some cookies and some juice, orange soda and a bottle of water for an impromptu picnic. 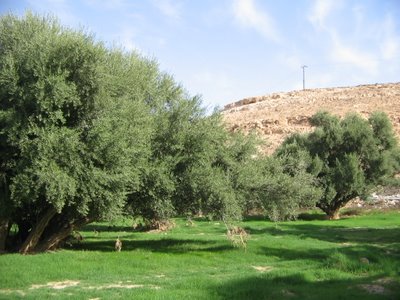 We drove down a narrow road that led into the valley. It was so green and this is the end of the dry season. We wondered what it must be like in springtime after the rains. 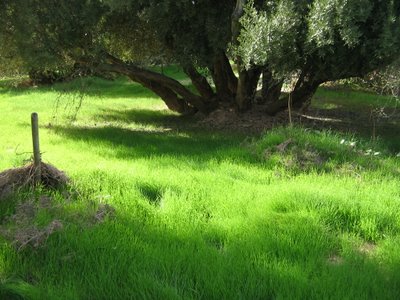 We ate our sandwiches under the shade of olive trees and then we cleaned up our picnic and took a walk. It was beautiful; birds singing, butterflies, small frogs jumping about, date palms and green, green grass. 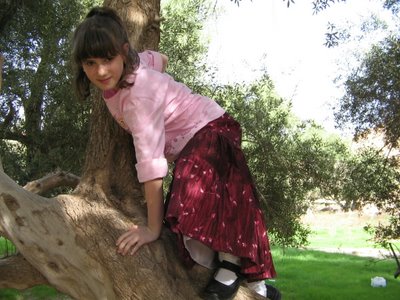 Jenna climbed up into an old olive tree - next time we go there we'll have to bring more suitable clothes. 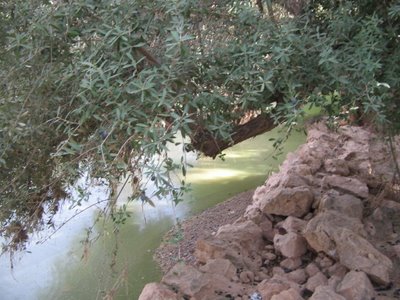 There were places where there was standing water. A bit murky and green and not inviting to swimmers. There were mosquitoes buzzing about but they only seemed to bother Mustafa. 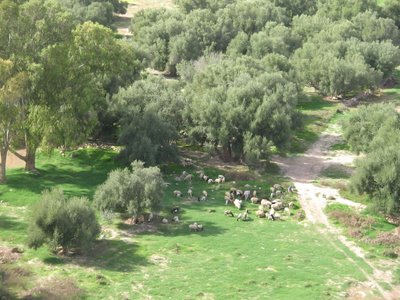 We came across shepherds grazing their sheep and goats and some families collecting ripe olives. 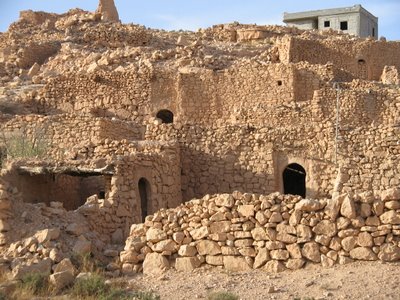 We got back in the car and drove around exploring the area surrounding the valley. In some places you could see evidence of ancient dwellings made of rock. Most of the doorways had arched doors and the ceilings had the trunks of trees as a support for the roofing materials that were long disintegrated in most of the structures. We didn't get out to explore on foot, only looked by car as we weren't dressed properly for rock climbing. 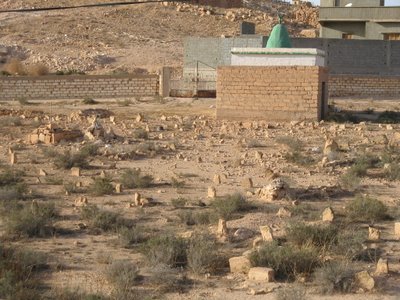 Along one road we found cemeteries with simple graves marked only with boulders or rocks. Occasionally there would be the tomb of a marabout, or holy person. 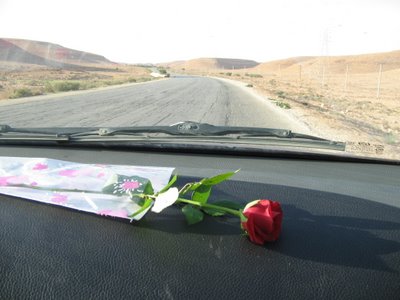 We headed for home at five o'clock, dreading the stops we would have at each checkpoint. To our surprise at the very first stop the officers were giving roses to the women in each car that passed! It was a day full of nice surprises and a perfect way to end the Eid holiday.