Weathered the storm and had a wedding

Tropical storm Debby kept us sitting inside for a few days. There were fierce winds and it rained and poured and rained and poured some more. There were flood warnings and tornado warnings, but we were safe inside. We watched the weather reports on TV, and sat on the back porch and watched the rain pour down and the trees bend in the wind. I didn't sleep well at night because the rain pelted against the house and the window next to my bed, the winds howled and  I waited for a tornado to sweep the house away with us inside. But in the end the storm blew over, the winds died down and the sun came out.

One day we braved the storm to go to the doctor for my mother's follow up appointment - it was good news! What a relief! After the storm passed we took a drive around the area. Lots of tree branches had been broken off, a few trees pulled out of the ground, tossed aside as though they were tumbleweeds. There wasn't any flooding in our area, so we headed for the beach and watched the waves, and stayed to watch the sun set. There were others on the beach doing the same. 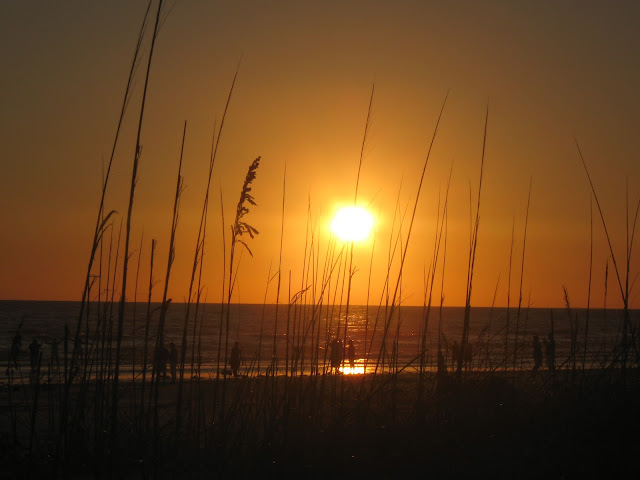 We were relieved that the storm had passed and the weather had cleared because my sister Holly was getting married... and the wedding was going to be held on the beach. It was a simple wedding, with close friends and family attending, and a druid priestess presiding.
And the picture I like the best.... the newlyweds kissed while my sister Kristen's son, Jeremiah, made sand angels (completely oblivious to everything).

Another sunset picture that I took before the ceremony began. 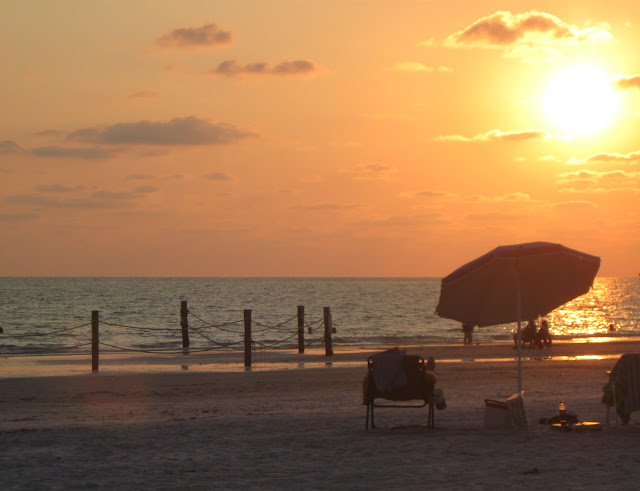 This morning we got up and decided to head back to the beach to visit the Suncoast Seabird Sanctuary. It's the largest wild bird hospital in the USA and is a treatment and rehabilitation center for wild birds injured in oil spills, by fish hooks, plastic bags, and accidents. There is always something interesting to see there.

I took my camera... and my four-year-old nephew... so of course I didn't have much luck with pictures. Here are a few. 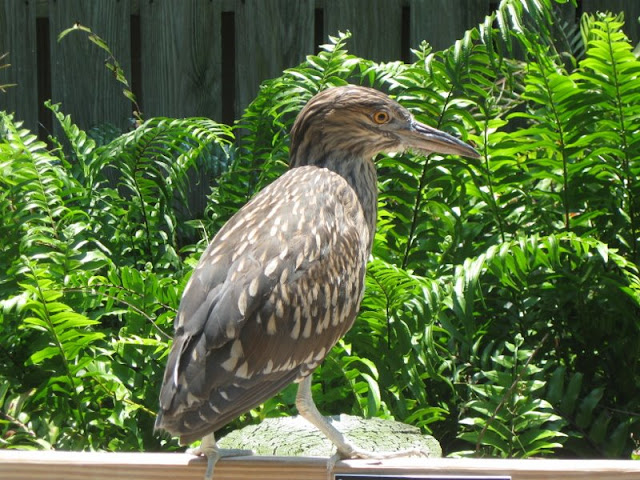 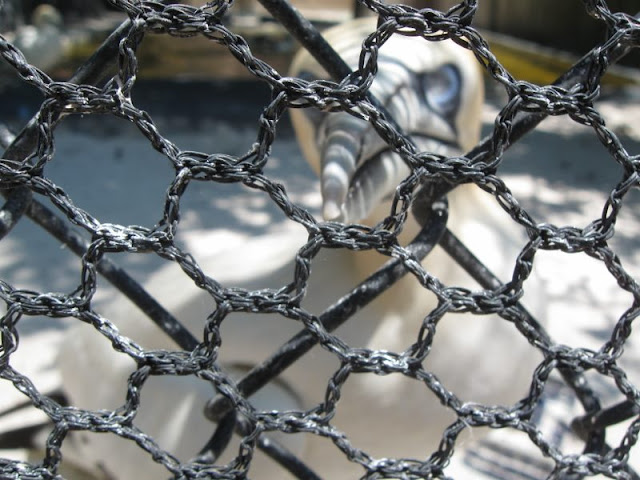 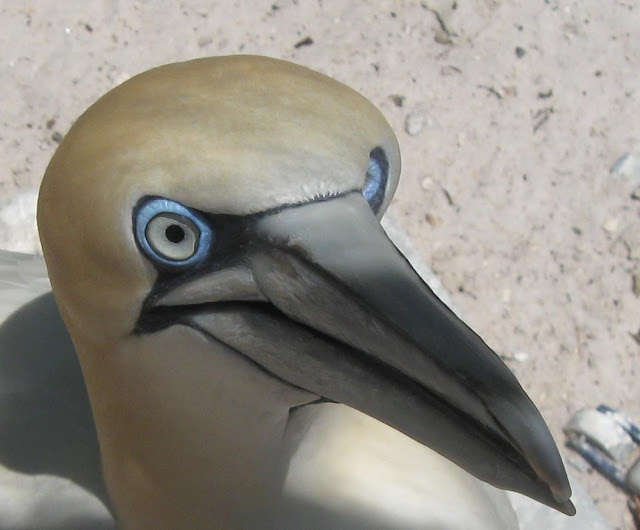 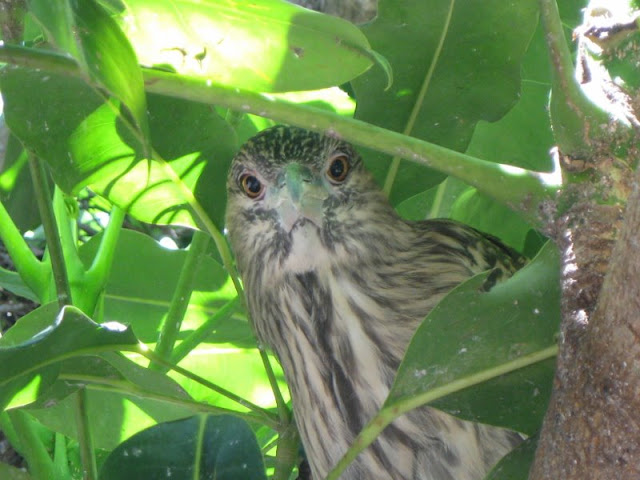 An update on beach safety in Libya

It's summer again in the northern hemisphere, and time once again for another one of my summer safety posts. Actually I was reminded of this when I spoke to my daughter the other day. She mentioned that my husband was attending the funeral of one of my sister-in-law's nephews who had died tragically by drowning.   Another life lost, maybe one that could have been saved.

So many people are injured and lives are lost each summer as the lure of Libya's beautiful coastline attracts beach-goers. Nearly every year I've made a post about beach safety.  One year I posted about the dangers of jellyfish encounters and what to do if you get caught up in their tentacles. Another year I posted a link on how to recognize the real signs of someone drowning.

In 2008 I posted about how to survive a riptide: here and here, resulting in a barrage of comments (many of which were unpublishable!) because I mentioned how so many Libyans didn't know how to swim. The purpose of the post was to educate people about riptides and in the end the post inspired one reader, who just happened to be Moamar Gaddafi's official spokesman, Mousa Ibrahim and his German wife, Julia, to make a beach safety video which I then posted in a follow up post on my blog.

This year there are even more dangers on Libya's beaches as a result of the war. Many of the beaches were mined and even though many of the local beaches have been cleared of mines, small arms, light weapons and unexploded ordinance, there is still a danger that some may have been left behind.

Oftentimes children fall victim because they are attracted to the mines. Libyan children have been learning about mine awareness at school this year, but it's still important to continue to reinforce the what they've learnt during their holidays. It's not just an issue that affects children, continued awareness is important for everyone.

Have a safe summer!

Mom's home from the hospital (again). We're hanging out together, watching TV, reading the newspaper and looking out the window at the clouds and rain. She's getting bored and thinking up reasons why we should go out. All of a sudden it's imperative that she get an oil change for her car and she needs to buy paper cups at Sam's Club. .... She's not going anywhere.... I'm not letting her. It's time to recuperate, rest, and relax.

I've been watching Libya's news. How disappointing to see that some idiots from Tarhouna surrounded the airport a few days after I left. I got out of there in time! The situation is back under control but British Airways has stopped all their flights - so now I am stuck here which I'm looking at as good news for me. And then there are the idiots that thought it would be a good idea to bomb the US Consulate in Benghazi. These are probably the same retards that are complaining that they're unemployed because the foreign companies aren't returning. I wonder if Libya will hold elections as planned. I read somewhere that they'll be postponed for a few weeks. I'm so happy that I'm watching all this from afar. Well, actually none of this is on American TV... the news services here couldn't care less!
- June 08, 2012 3 comments:

I'm getting through jetlag, time zone change, and adjusting to the humidity. I'm sitting with my mom in the recovery room. All's well so far. Hopefully she will be discharged later today.

I ate real ice-cream, and graham crackers, and I drank real milk. Oh my God... real milk! How on earth did I ever drink that stuff they have in Libya? I'll need to figure out the remote control. My mom's cat isn't sure what to think of me. He sits outside on the ledge of the kitchen window looking in at me... who is this woman?