I'm going along with the plan

Yesterday Jenna and I went to get our haircut. We hadn't had cuts since before Hurricane Irma - we had been too busy with my mom's illness, going to the hospital and all that followed after she passed. Getting our haircut was wonderful therapy - we left feeling relaxed and good about ourselves.

On the way home we made an unplanned stop at a consignment store that we go to from time to time. I don't know why I felt the need to stop there. When we went into the store I went directly to where they display the household things and spotted a beach/bath towel. I picked it up and saw that it was brand new. I didn't need one, but for some reason I felt compelled to buy it. I said to Jenna, "Let's go", but she wanted to look around. I wandered around the shop, but all I wanted was the towel. It was the weirdest feeling - I had to get that towel.

When we got home I threw the towel in the laundry hamper. I'd wash it later I told myself. I went to work and while I was there Jenna phoned. She was upset. My sister (who we've been having issues with) was at the house and Ibrahim said that he had seen her take a towel. At first Jenna thought that it was the towel I had just bought, but it turned out to be the old one I had been using. My sister said it was hers. Maybe it was, I don't know - I'd been using it for 2 years. "It doesn't matter Jenna. Let her have it. I have the one I bought today in the laundry hamper. Nothing she does matters".

God looks out for people in mysterious ways. 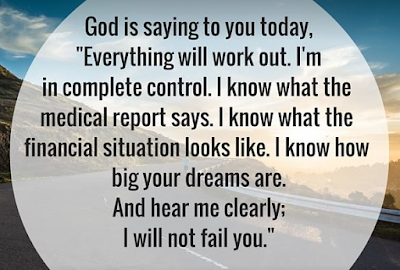 My mother passed away a week ago after nearly a month in the hospital and a week in a nursing home. She passed on the day of her wedding anniversary - my parents would have been married 58 years. I was blessed to be able to spend the last two years caring for my mother - so many wonderful memories to cherish.

A memorial service will be held for my mother, Helen Godette Martin, on November 20th, 2017 at 11am at Blessed Sacrament Church in Seminole, Florida. Following the church service, a ceremony will be held at Bay Pines Memorial Cemetery where she will be interred with my father, George William Martin.
- November 01, 2017 5 comments: