I had been planning to take the kids out shopping this weekend, but we're staying home because of widespread protests and keeping away from any violence sparked by protests following the assassination of an activist in Benghazi. I saw this online recently:

There are reports that early this morning (approx. 06:00Hrs) the airport road, and roads in Gergaresh and Gurji were closed by burning road blocks. Furthermore, the offices of the Muslim Brotherhood were attacked by protestors in the Ben Ashour and Ras Hassan Districts. Protesters in the Abu Salim District have been seen carrying small arms weapons. It is reported that some protesters are now making their way towards the Qatar Embassy. The protest are reported to be non-violent currently, but, as always, the potential for violence remains.

I guess we will put off our shopping trip for later.

Yesterday was a day without electricity. We prepared our meal and set the table in the garden. Shortly after the call to sunset prayers we heard a car racing down our dirt road. We continued eating but a few minutes later we heard two huge explosions and then bursts of gunfire. It was so close that we all jumped up and took cover inside the house. We could hear women and children screaming and crying. My son and husband tried to find out what was happening but it was too dangerous to go out in the road and they could see nothing from looking over the wall. The screaming and crying lasted for about an hour. Later my son said he had heard there was a fight about drugs and as far as he knew no one had been killed. There certainly was plenty of drama!

I don't know where all this is leading to.. We had nearly five hours without electricity again today. Let's just hope the neighbours behave themselves - there's no 911 to call here!

A Gaggle of Geese 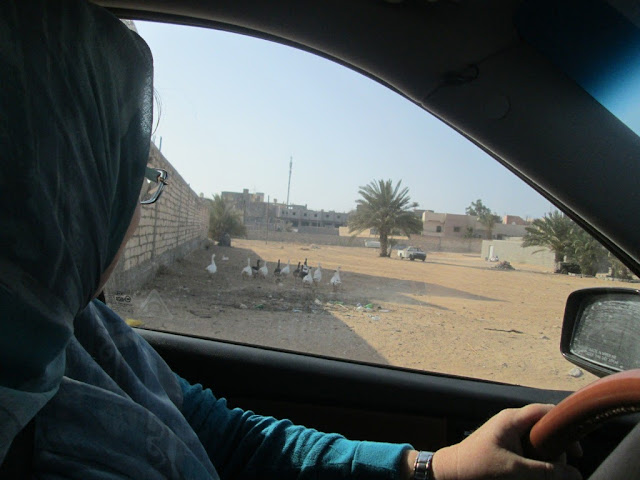 We were driving home the other day and came across some geese crossing the road.... a gaggle of geese. The geese made it safely across the road and Nora snapped a picture.

Later I wondered about the term 'gaggle' and looked it up on the internet. A gaggle refers to a group of geese, usually more than five together that are not in flight. Groups of geese can also be called a flock, a plump, a skein, a  team, or a wedge. Actually there is a huge list of collective nouns here: Collective Nouns I'm glad I came across the list... it's interesting and a bit peculiar.
- July 22, 2013 No comments:

Progressing through a Libyan Ramadan

We're getting through Ramadan. It's almost halfway over with an so far it's been pretty good. I've been so busy that the days seem to fly by rather quickly. But it's not been without it's trials, namely the daily power cuts that are annoying and seem to happen right when you really need to use something that runs on electricity. Also take into account the daytime temperatures have been 40C (over 100F) or close to it.

For God's sake! This has been going on for years now, surely they should have the power sorted out! I have given up trying to believe the stories the officials tell as to why we are still having power outages. Lately we have been having our fast breaking meal in the garden so that we can see what we're eating as it seems that they frequently shut off the power around sunset. In a way it's kind of pleasant as the air is fairly cool and there is a bit of a breeze, the bats are flitting about and the owls are just coming out for the start of their nightly hunt. We can hear the prayers and Quran coming from mosques in three different directions. But I said fairly pleasant - often times in the distance we can hear explosions and gunfire coming from one direction while in another direction we can hear and see fireworks. Some people fighting while others are celebrating... or maybe they just are obsessed with noise and danger? Who knows, I'm not so thrilled.

Apparently there is still some fighting going on in different areas from time to time. Who's is to say whether you might go out one day to work, or run some errands, or to visit someone and unwittingly get caught in the crossfire and what if all this happens in your neighbourhood? You could get killed by stray bullets while you are cowering in your house. Don't they realize that this is not going to move Libya forward?

I keep hearing about people who have decided that 'enough is enough' and they are packing up and leaving. Lately I've taken to looking at real estate adverts for houses back in my hometown.... at this point I am just looking. I keep telling myself that I didn't go through all this to give up. But when will it reach the point of the straw that breaks the camel's back? 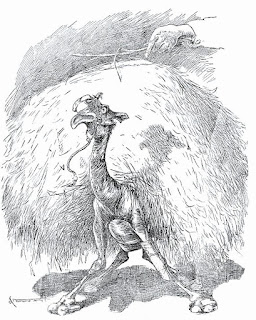 I need to take the kids out to buy Eid clothes. In the past we worried about the crowds, traffic, pick-pockets, beggars and getting ripped-off by unscrupulous shopkeepers.Now we can add the threat of gun-toting shoppers, possible bombs, shootouts, and drive by shootings/assassinations...who knows.... We'll just have to say 'Bismillah!' and get on with it.

We're adjusting to Ramadan in my house. A different time schedule, different times to eat. And there is the electricity to deal with. The announced that there would be no power cuts during Ramadan... as soon as they announced it the electricity went off. It's been on and off for the last few days. Usually when it's on, the power is so weak that the lights are dim and the air conditioner is all but useless. Hopefully they will sort it out.... but I'm not really that optimistic!

Meanwhile, I've come down with a head cold. Pounding headache, stopped up nose, runny, watery eyes and a fever.... which is miserable enough as it is, but remember the power keeps going off and the air conditioner is barely there. Mostly I stay in bed with a box of kleenex next to me, dozing and waiting for sunset. I did manage to get up yesterday and make a casserole, but I've been relying on the girls to help out.

It doesn't matter whether we have power or not, or if I have a cold or not, because the first few days of Ramadan are truly a test.... coffee! I'm not really missing coffee so much this year - I think the withdrawal symptoms are being masked by the cold symptoms. I'll manage somehow to make it through. 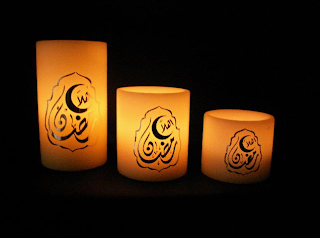 Wishing a peaceful and blessed Ramadan to all who celebrate.  Ramadan Karim!

Ramadan is right around the corner, less than a week away. I've been stocking up the house with basic foodstuffs, spices and buying new dishes to replace some that we've broken this past last year. There is always a big last minute rush to get things done.

In a recent post I wrote about wanting a BBQ grill that I had seen. I went back to the shop but it was gone. The shopkeeper said he might get some more in about 10 days. I will have to check back sometime soon.

When we built our house we added a small room off the terrace to be made into a kitchenette. It's still just a small tiled room. This week I bought a small stove/oven and a kitchen sink. I'm leaving it up to my husband to get the sink installed. He'll also have a piece of marble or granite cut to make a counter-top... and have it installed as well.Maybe... maybe... it will get done so we can use the kitchen this year??? Maybe....

I noticed that the International Capture the Spirit of Ramadan Photo Contest is gearing up for this year's competition. Last year quite a few Libyan photographers took part in the contest. I enjoyed seeing all the stunning photos that people from all over the world sent in. This year the focus is on Islamic architecture. Libya certainly has some beautiful examples... so I hope to see lots of submissions from Libya this year... I might even send in some photos too.

For more information see below: 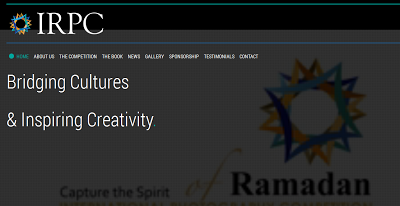 Architecture was one of the earliest artistic expressions of Islamic cultural identity inspired by the teachings and values of Islam. This year the IRPC aims to convey the splendor of this monumental art form by dedicating a section of the competition to celebrate the great Islamic architecture around the world including mosques, souks and khans, palaces, forts, monuments, mausoleums and other structures including their grounds and landscaped gardens and details such as arches, domes, mosaics, minarets, mihrab, muqarnas, columns, frieze, stained glass and gypsum carvings. Photo submissions may or may not include human elements.

The top 100 photos entered into the competition (as chosen by the competition committee) will be judged by a jury panel of international artists & photography experts. Photos are judged on the following criteria: Impact and Message, Creativity, Photographic Quality, Technical Expertise.

There will be three (3) Viewers’ Choice winners as well as two (2) honorable mentions (although no prizes will be awarded to the latter). The Viewer’s Choice winners will be chosen by IRPC fans on the Facebook page, www.facebook.com/RamadanPhotography, those with the most “Likes” will each be awarded U.S. $200. The honorable mentions will be chosen for demonstrating a high caliber of quality and creativity. All winners will have their winning photograph and names published on the competition website and in affiliated media. Winners of the competition will be chosen within one month of the close of the competition and will be notified by email and public announcement on the website and social media platforms. Decisions of the judges are final and binding.