Nearly a year has gone by

It's been almost a year since my mother passed away (Oct 24th). A lot has happened this year - most of it was stressful. There have been so many details to take care of and my mother's estate is still being sorted out.

My mother had been secretive about what her assets were and she wasn't very organized either. My sister and I had to dig through tons of papers trying to find out exactly what was there. After we would think he had found it all something else would pop up. Recently, nearly a year after my mother's death, a check came in the mail from a stock we had never found any documentation for at all... so back to trying to figure that out.

My mom's house was also a big issue. According to the will it was to be shared by my sisters and myself. It was decided that we'd sell it. We had an appraisal done, but the amount given was ridiculously over the market value. I knew that we would never get the amount quoted because the house needed so many repairs. The house is over 40 years old and had almost no updating done. When I suggested to my sisters that the amount quoted was inflated they scoffed and said that we'd get that and maybe more. I'd been watching the market in the area for quite some time and knew that they were dreaming.

Adding to the task of deciding how to go about selling the house was the fact that my son wanted to buy it, but one of my sisters also was interested. We needed to come up with a fair price for the house. My son's interest was sentimental while my sister's interest was to flip the house and make a profit.

After some discussion it was decided that my sister would supply the names of two realtors and my son would get two more so that we could get an idea about the houses' value. This sounds easy and straightforward, but it required having to make the arrangements to be at the house when the realtors could come - that sounds simple, but I was living in the house with two of my children. Having strangers walking though every room of your house makes you feel vulnerable and your privacy is invaded. I found it extremely stressful.

It was suggested that the buyer should have the house inspected so my son decided to take the recommendations from one of the realtors my sister provided. This way she couldn't complain that my son was being unfair. On one day, I had two realtors in looking at the house at the same time a team of five house inspectors were poking through every nook and cranny and a termite inspector came too. Phew! What a day!

The inspectors found some issues with a part of the roof and the downstairs plumbing. There are issues with a lot of things in the house, but those two made the difference on how the house would have to be sold. Unless we repaired the roof and the plumbing the house would have to be a cash sale. My sisters and I weren't interested in putting any money into the house.

The sister that was interested in buying didn't have enough cash. My son had cash and made an offer that my sisters hemmed and hawed over. It was decided that we'd have more realtors and property investors look at the house and see what they would offer. Back to me having a parade of strangers waltzing through. I tried to google names to get an idea of just who I was letting come in. One name came up with a guy with a rap sheet of a variety of crimes a mile long - if the person who came was the same person in the mugshot I was going to say (through the window) that the house was not available. It turned out to be a different guy. After I showed him the house I mentioned that he should start building a better online profile -  I explained what I had found when I googled his name. He said he had never thought about it before and would definitely get right on it!

After what seemed like an endless parade of people in to look at the property, my son's offer was the one we  settled on. He took a big gulp and sunk his life's savings into the purchase. I'm really proud of him. He has a lot of work to do to update the house and he's planning to do one room at a time. Meanwhile I'm here doing what I can to help out while I decide what's next.

I had moved downstairs to my mother's room after she died. I didn't want to stay in my mom's room, but her dog wanted to be in that room and the poor thing was having serious issues with anxiety. He was gnawing at his leg and side until he had open wounds. Moving downstairs helped him - we were all mourning in our own ways. I left the room as it was, but finally decided it was time to move out my mom's furniture and get something more up to date. A little at I time, over a few months, I added more of 'me' in the room. I hung some pictures on the walls and changed the desk, got rid of mom's old TV. The last thing I did was to take down mom's old window blinds and put up some curtains, then I sat on the edge of the bed and had a good cry.

It's been a hard year for me. There are still things to settle with my mother's estate and the mourning process continues. I'm dealing with things one step at a time. 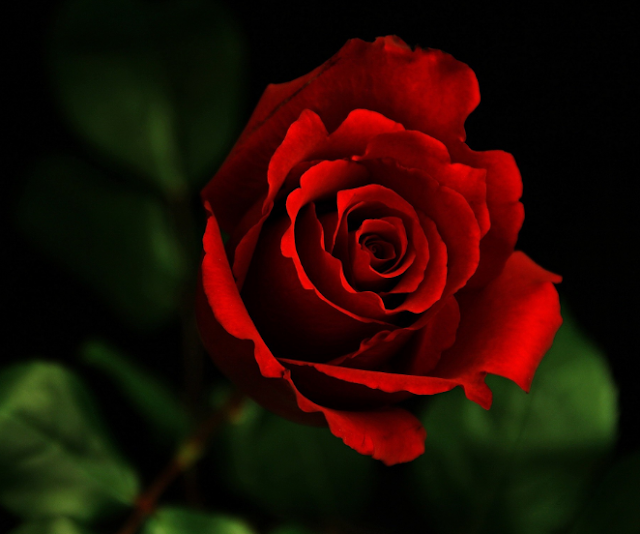 The Plight of Libyan Medical Care in 2018

In the past I had my own scary Libyan hospital story, but things are getting worse as each day passes. This was reported on Twitter recently. A night at a hospital in Sebha Medical Center:

Sebha Health Services.
Last Thurs night a young woman died from internal bleeding at Sebha Medical Centre, the major healthcare provider for the south of Libya. She had been suffering from low blood sugar, anemia and fainted at home suffering a hard fall. The fall caused
— Iman Abdo (@imanlibya) September 29, 2018

2/ her placenta to displace from her uterus. She was 6 mths pregnant. She started bleeding and went to a private clinic and waited for hours for an ob/gyn to show. When they got up to leave staff told them the doctor would be there soon. After waiting hours her husband called
— Iman Abdo (@imanlibya) September 29, 2018

3/ an.ambulance to take her to the main hospital. By that time she had lost lots of blood and flatlined. She was resuscitated at the hospital and the doctors asked relatives to donate blood for transfusions. She died as they tried to operate on her. The same night in the
— Iman Abdo (@imanlibya) September 29, 2018

4/ Obstetrics ward of the Sebha Medical Center the delivery ward was closed and delivering mothers were left to fend for themselves. 1 gave birth in hallway, 1 in bathroom and another was delivered by patients in the ward. A women with stillborn fetus had arrived from
— Iman Abdo (@imanlibya) September 29, 2018

5/ outside Sebha looking for help. She was leaking green amniotic fluid and women on the ward told her to try to find a private clinic, she had been to some and all told her to go to main hospital.
Some women went home others tried to find any doctor at any clinic to help them
— Iman Abdo (@imanlibya) September 29, 2018

6/ This is just one night in a year. One bad night where the richest oil country in Africa is failing vulnerable mothers and babies. We are in a health care crisis and something has to be done. There is no excuse for this.
— Iman Abdo (@imanlibya) September 29, 2018


No one deserves this... no one...  Thank you @imanlibya for posting this very revealing tweet thread.