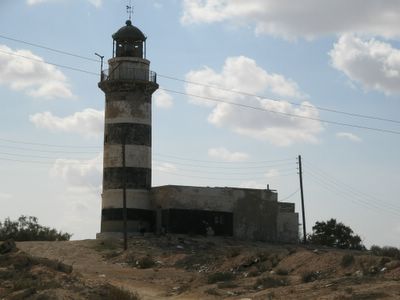 Another picture for the 'Where is this?' challenge. If you think you know where it is (or you want to guess) click on comments.

This particular lighthouse is in Al Khoms, which is located about an hours drive east of Tripoli. Al Khoms is most famous for being the city were the ancient Roman city Leptis Magna is located. This is a big stop over for the majority of tourists coming to Libya.

Last year we visited Leptis Magna and we also took a drive around Al Khoms to see what it looked like. They have a road that goes along the seafront that looks like it's being used as the dumping grounds of the city. It made me upset to see all the garbage that's been dumped there. 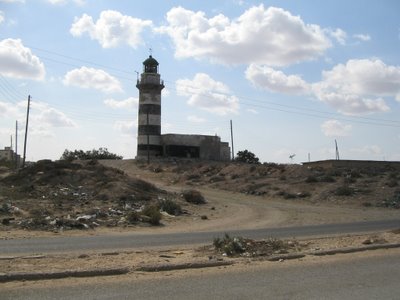 It's really a shame because if it was cleaned up it would probably be quite beautiful. I kept saying, 'What is this mess?' and 'Why don't they clean this up?' We parked the car and took a walk around the area. 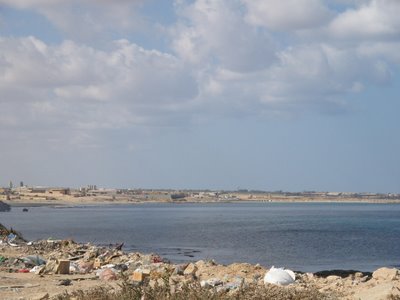 There's a road that follows along the sea front and it curves along the coastline in a picturesque kind of way. I imagine that it could be turned into something really nice. Perhaps a touristic area, something like in Tunisia, maybe like Nabuel or Hamamat, with shops, cafes and clean beaches and parks. The residents, who I saw just hanging about looking lethargic and poor would have an opportunity for employment. . . 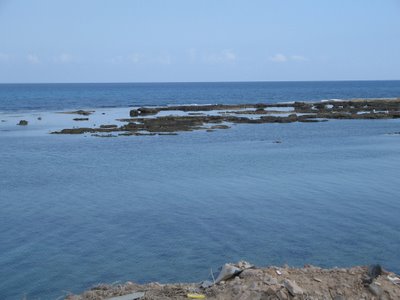 I stood along the sea opposite the crumbling old lighthouse and just imagined. . . .