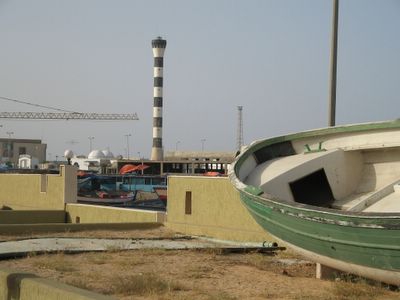 Recently I posted a picture of the lighthouse in Al Khoms. It was for the fourth 'Where is this?' challenge. My sister Holly was the winner of that contest and she won, not because she had been to Libya and seen the lighthouse, but because she's fantastic at Googling and found Russ Rowlet's website The Lighthouse Directory. Holly contacted Russ and within minutes he had the answer. He's never seen the lighthouse either. He only had a written description of it.

Russ is a faculty member at the University of North Carolina and certified lighthouse nut (his own words) and he's got a whole page on his site about Libyan lighthouses. Almost no photos are available of Libyan lighthouses and Russ was thrilled to be able to use the picture I took of the Al Khoms light. Today I took some pictures of the Tripoli light and sent them to him to add to his collection. 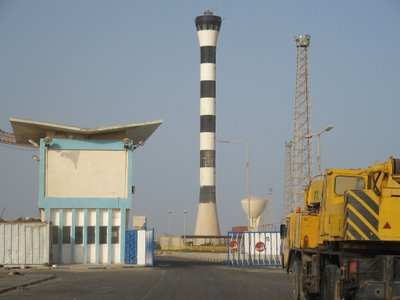 The views from the top must be fantastic. It's not known when the lighthouse was built but the station was established in 1880.