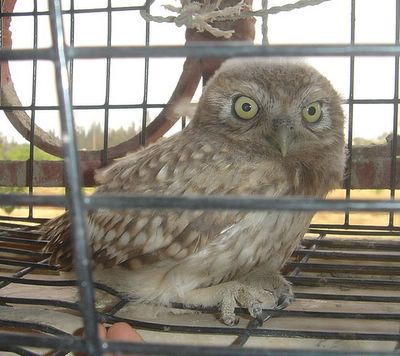 The workers moved a large pile of blocks and disturbed an owl's nest. They moved the chicks and tried to recreate the nest. For a while it looked as though the mother owl was going to go along with the move and take care of her chicks. But after a while she abandoned them. One by one they died until there was only one left. The worker rescued it, put it ina cage and is looking after it. I'm not sure if it will survive.