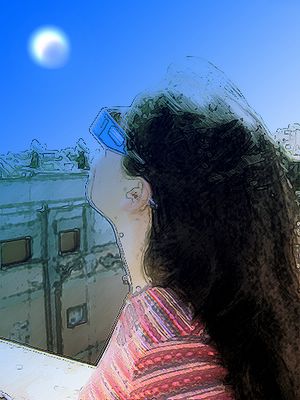 We've seen the eclipse! This is Nora wearing her protective glasses. She made me play with the picture so no one would recognise her. 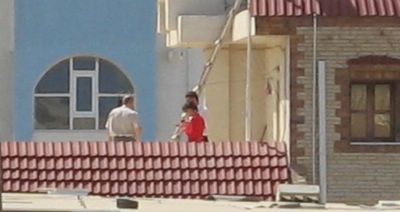 We went up on the roof and the only other people we saw out were some foreigners on the roof of a nearby embassy. After a while a neighbour man came out on his balcony with only a towel wrapped around his waist - nothing else! The girls and I started giggling and I told them 'Watch that balcony! If he comes out again I'll take his picture.' He didn't come back out.

After a while we went inside so we could see on TV the live report of the total eclipse in the desert. It was awsome!