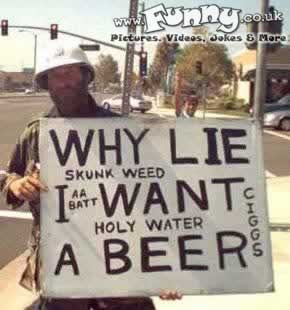 Last night I took some of the kids with me to the supermarket. I needed to bring the kids with because I planned on buying a lot and I wanted them to help me get all the groceries into the car. Of course taking the them meant having to buy all kinds of things that I think are unnecessary but they think are essential. So the cart was getting stuffed with Nutella and other things I normally pass by.

We made it to the cash register and I gave some money to the girls and told them 'As soon as you put your bags in the car go to the bakery and get some bread.' So off they ran on ahead with their lighter bags while Yusef and I struggled with the heavier ones.

As soon as I walked out the door I was approached by a beggar girl. She appeared to be in her late teens, stunk to high heaven, and started in by telling me she was a 'bint al blad min Miserata.' She was lying of course, she was Egyptian. I was trying my best to ignore her which was very difficult as she was only about two inches away from me. I was laden down with bags and having to watch my purse, watch, etc while listening to her go on and on about needing nine dinars for Asthma medicine for her brother.

Yusef was struggling with his bags as well and was unable to assist me other than to tell the girl to get lost. We got nearer the car and I adjusted myself to hit the alarm button on my key chain so the kids could start loading the car. At that same moment the beggar girl moved in closer, meaning she was physically touching me. I lost my balance, slipped on the pavement and fell.... Boom!... Pain searing up my leg, I felt muscles tear. Luckily I managed to keep hold of my purse (most likely to the disappointment of the girl). 'Ya sattar!' I cried out, 'Get away from me!'

By this time Nora and Sara had put their bags in the car and had left to go to the bakery, all without noticing my predicament. Yusef at this point, was loading up the car and arranging bags in the trunk. I somehow managed to get up, with the beggar girl still insisting that I give her nine dinars for asthma medicine. If my hands had been free I'd have slapped the @%&* out of her!

I got to the car and Yusef told me to get in while he arranged the bags. I sat down behind the steering wheel, wondering how much damage had occurred to my leg. The passenger door opened and I looked up thinking it was Yusef - but it wasn't. It was the *%#@*&% beggar girl. 'Get out of my car!' I shouted. 'Yusef, get her out of here before I kill her!'

Yusef managed to get her to leave and at that same moment Nora and Sara came back, empty handed of course... no bread at the bakery...sigh..

I didn't get a chance to look at my leg until we got home. My ankle was already pretty swollen and there was a bruise near my knee. I elevated it while the kids got us something to eat. This morning it hurts worse, both ankle and knee.

Ramadan will see an increase in beggars in Libya. I never give to beggars in the street. There are enough people who I know personally that are truly needy. The depressing thing is that beggars usually stick to the same area, so most likely I will have to deal with this aggressive girl whenever I go to this particular shop. I happen to like this shop but in the future I will probably think twice before stopping there.

A friend of mine suggested giving the beggars Santa costumes to wear and a bell to ring like beggars do in the US during Christmas, anyone feeling particularly benevolent will just throw some money into a bucket at Santa's feet... sigh... Santa somehow doesn't look right for Ramadan. My leg hurts... and this is the second post I've made this week that has censored swear words in it... sigh...
- August 22, 2007