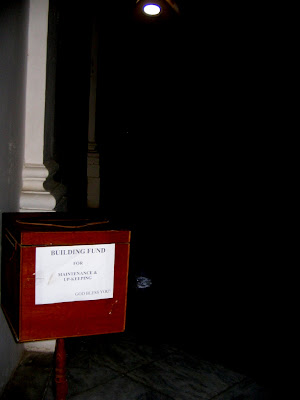 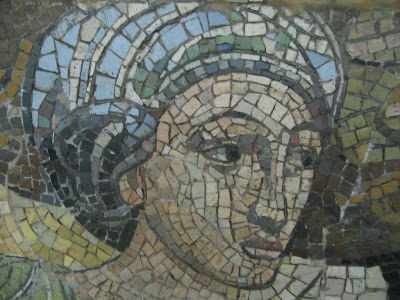 Does adding this picture help? 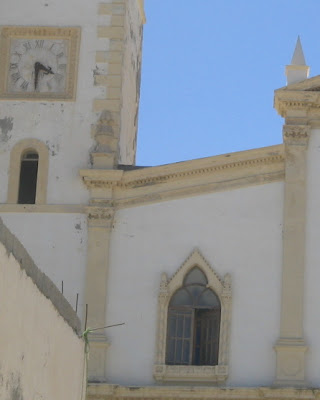 Another clue.... come on! This should make it too easy!
Time for another challenge. . . . If you think you know where it is (or you want to guess) click on comments. Click on the picture to see an enlarged image.

At long last , and after more than one clue, there is a winner... A. Adam said:

it's an old church the Former Catholic Church (Saint-Mari) , Now it's Mohammed Ali La`a for Arts and he also commented this: by the way I posted some pictures before in my Blog 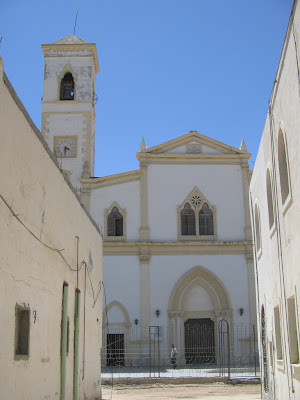 I'm not sure if the Church is called Mohammed Ali La`a for Arts or not though. We went for a walk in the medina and came across some workers in front of the church and they said we could have a look inside. 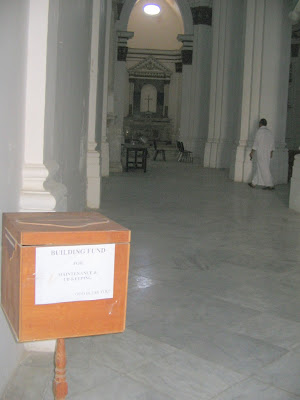 At the door is a box for donations to help with the renovation and repairs that are currently taking place. The church is still in use by the Christian ex-pat population here despite the fact that it's pretty much crumbling and needs some serious work to put it all back to rights. The workers said the building was about 400 years old but I'm not sure how accurate that is. It does deserve preservation as it's a historical landmark and the fact that it is used by people who live and work in Libya. 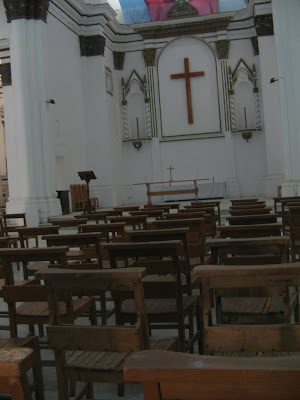 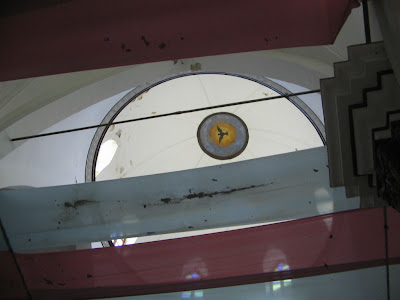 In the centre of the church is a painted dome surrounded by stained glass windows. Coloured fabric banners have been strung across to prevent debris from falling down on the worshipers below. 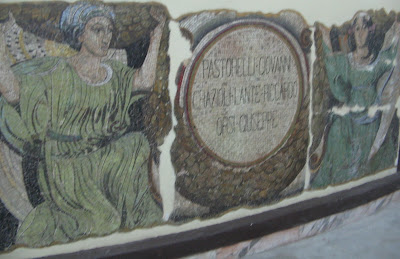 On the wall of a chamber on one side of the church is a mosaic that commemorates the churches founders who are named in the centre of the design. 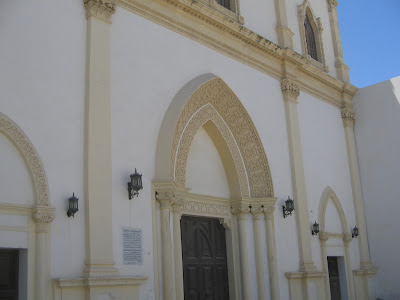 The outside is in pretty good condition. On the wall outside are two marble plaques written in Arabic. I couldn't get my husband to translate them (too busy staring at Aljazeera) - would anyone like to have a go at translating them for the non-Arabic readers (and me)? 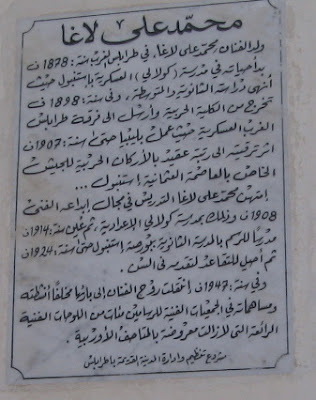 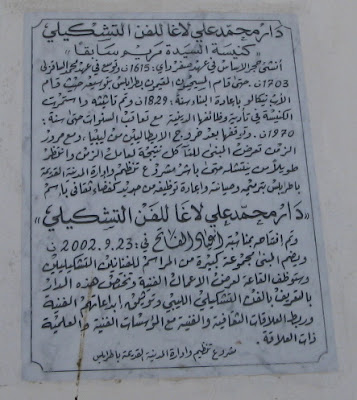