Today we woke up, had a late breakfast and then decided we would go for a drive. It was a spur of the moment thing, without any plans. I've found these are often the best outings. We also decided to only take Jenna along. The other kids just wanted to lay around all day and watch TV. They hadn't been allowed to watch TV for the 2 weeks of the exams and they were suffering from withdrawl.

We got in the car and looked at each other and said 'Where to?' We had no plans so we just started driving. It was nearly time for Friday prayers and we stopped for Mustafa to pray at a mosque along the roadside. Then we continued on our journey. In the end we decided to head for Reggat to visit my friend Debby and her husband Adel. We got there and had a cup of tea and then the five of us piled into the car and drove out to Wadi Ghan (I hope I've spelled it correctly) which is a wadi that's been dammed in Gharian and is used as a water reservoir.

The scenery in the area is quite beautiful, rocky and stark. Many of the hills that can be seen are extinct volcanoes and there is black lava rock strewn around the region. 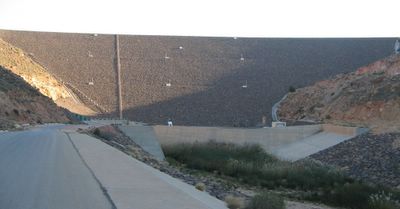 The wall of the dam has some steps going up the side. Mustafa, Jenna and I climbed the steps and Debby and Adel drove the car on the road and met us at the top. 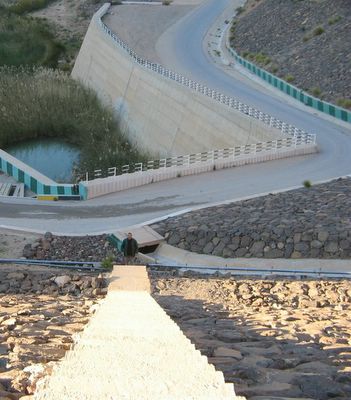 Adel says there are 365 steps but Mustafa estimated it at about 300. I was too worried about falling to count. There isn't a hand rail. Of course, Jenna flew up the steps like a mountain goat, while Mustafa and I huffed and puffed to the top. 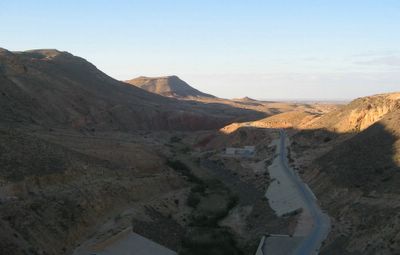 The view from the steps - about the halfway mark. 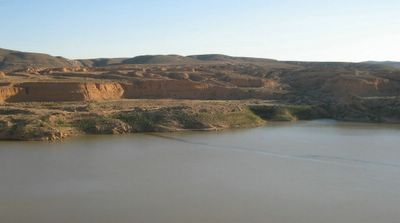 Once you get to the top (and catch your breath) you can see the water reservoir. 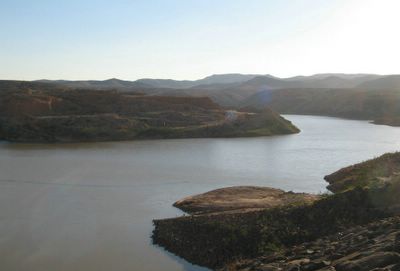 The water is calm and the view is lovely. 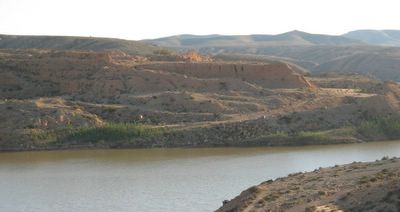 We dropped Debby and Adel back off at their house in Reggat and headed for home. It was an enjoyably peaceful afternoon.