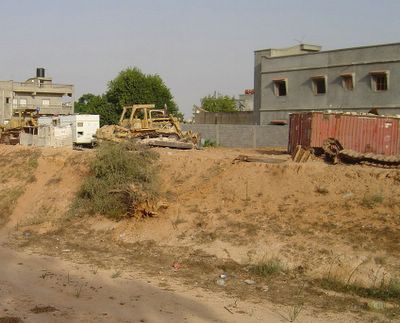 A few years ago someone got the idea that Libya needed a railway. So of course an ambitious project was started. All kinds of heavy equipment was moved in - lots of hustle and bustle. Then the project slowed down to a halt, but every once in a while someone would get ambitious again and a little more work would continue. The work has stopped for quite some time now - maybe over a year. The site looks desolate and the equipment sits on the sidelines turning into rusting, useless junk. 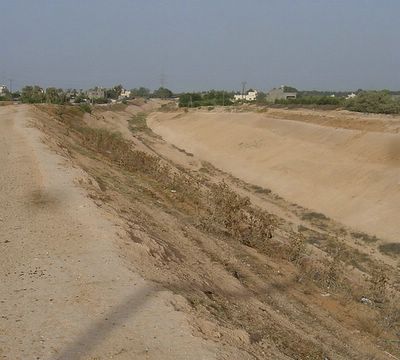 We've driven out many times to see the progress (or lack of it). It looks like a big canyon dug out of the earth. I guess the train tracks were supposed to be down in it and at main roads the tracks would go through tunnels or over bridges. 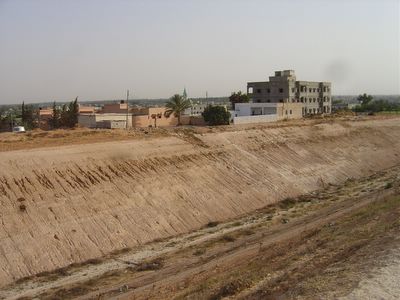 I named it Kickback Canyon because most likely this project was invented by someone who wanted to make some big money on kickbacks. 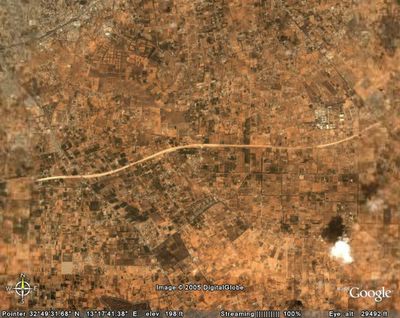 I had a look at it with Google Earth and it looks like a big gouge in the earth's surface. It is nearly 10 kilometers long, and many people had to be relocated because of this project. Often when people are relocated it takes them years and years to be reimbursed for the loss of their property. Sometimes people just give up chasing their money after years and years of running around after it. 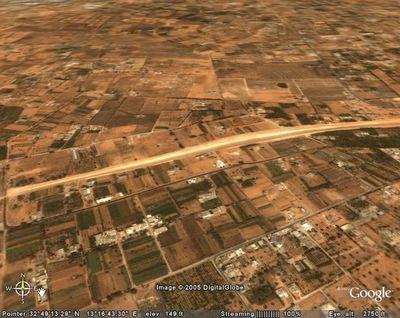 It is sad to see this blight to the Libyan landscape. I wonder if this project will ever be completed . . . and I wonder how rich someone got, too. . .