Have teapot... will travel!

Life has been pretty dull for me since my friend Tara left Libya. I've mostly been throwing myself into my work and been busy getting kids into school. Everyone keeps asking me 'What's Tara been up to?' - well, she's been up to a lot!
She's moved back to the US and bought a house so she can be near her parents. And she's had to re-do her surgery to repair her Achilles tendon - so that's kept her mostly immobile. During all this she's enrolled in Arabic classes at the University of New Mexico - taking two levels at one time. Phew! That's hard! - and I'm so proud of her!
Recently, her professor mentioned that there was a Libyan student enrolled at the university and Tara jumped at the chance to meet him. They worked out a deal that he would help her with her Arabic and she would help him prepare to take the TOEFL and GRE. 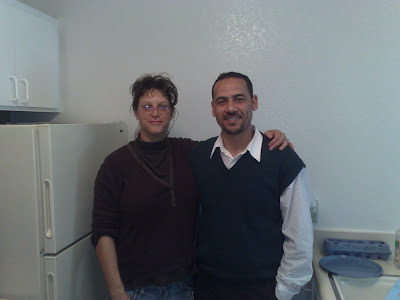 Yesterday we chatted and Mohamed (the lone Libyan at UNM) says that he was so happy to meet Tara and that she 'smelled like Libya'. The two of them drink green tea while they study. This is nice news! 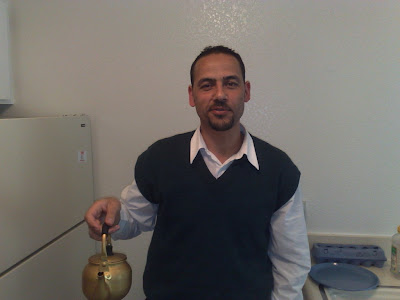