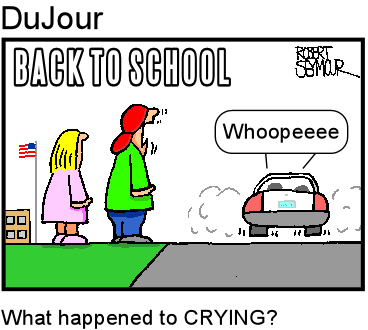 We all got up this morning, still uncertain as to whether the kids had school or not. Jenna and Yusef were within walking distance so they went to the schools themselves to see what the program was. Sara and Ibrahim were taken around to the schools by their father as I was off to work in the morning too. Nora had to go to uni but she was getting a ride there with a friend and only needed a ride home.
When I got home from work there were some books piled on the table in the entry so I knew that something had been accomplished. The kids were all grumpy because they hadn't had enough sleep the night before and had to face 'the run around' at school. Here's what I've managed to piece together:
We're all exhausted. It's been a very long day!
- October 05, 2008