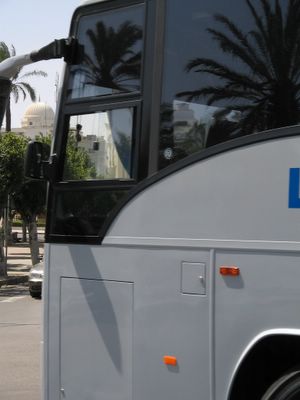 This is the second picture in the 'Where is this?' series. Actually, I think this is another easy one. If you think you know where it is (or you want to guess) click on comments.

The pictures for the game 'Where is this?' will all be taken from someplace in Libya and will be in an area open to the public. The prize will be the satisfaction of knowing that you had the right answer! - I'll let you know who the winner is.

. . . this place is near to the Grand Hotel exatly infront of Shir'a Cafe and Restaurant "Maidan Al gazala." you can see the Post office in the picture and the Ancien cathedral. 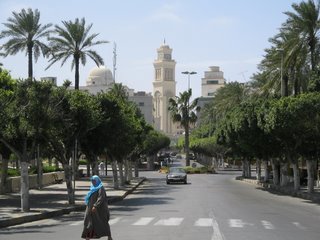 It was another easy challenge. . . . next time I will make it a little more difficult! Holly did ask that I make a challenge from pictures of posts in my archive, so maybe I will do that too.