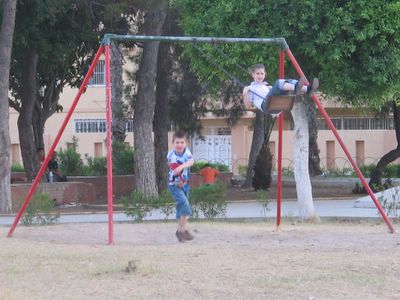 This evening we went to the park. There aren't very many parks near where I live. Actually there was an area that was designated as a future park but someone got sneaky and managed to get the land to build houses on it. It would have been nice if it had been turned into a park because it was just around the corner. Now if we want to go to the park we have to drive to one. 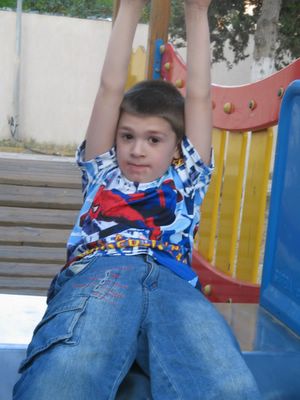 Ibrahim had fun on the bridge and going down the slide. The equipment at this particular park is a bit meager. The park at the zoo is better but then it's also more crowded. 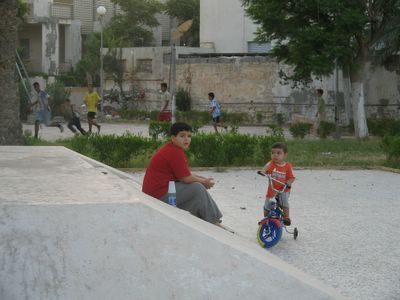 There were some boys kicking a football about and a few small children on tricycles and bikes. But for the most part it was pretty quiet. On the way home we got stuck in traffic. It seemed like everyone was out driving around.