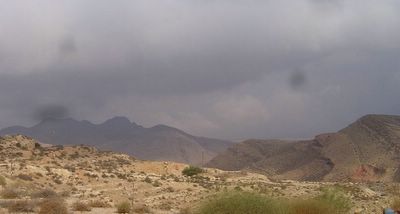 We went to Nalut as planned today. We took half the kids with - Sara, Yusef and Jenna. We should have left Jenna at her grandmothers as she was noisy most of the time and annoying. Sara and Yusef have always been good travelers, partly because they enjoy it but also because the seldom fight or argue with each other.

The camera still needs to go into the shop to get cleaned but I did manage to get a few pictures - mind they have smudges on them.

Nalut is in the east of Libya nearly 300 kilometers from Tripoli. There are two roads that you can take to get out there so we decided to take one on the way and the other one for the return trip. The weather was changeable. When we approached Gharian it began to pour and Mustafa said he thought we should pull over and wait for the rain to stop. But I said 'Drive on - we are here for an adventure!' So off we went, slowly and carefully up the zigzag road to the top in the pouring rain. Everyone else had pulled over - we were the only ones driving! 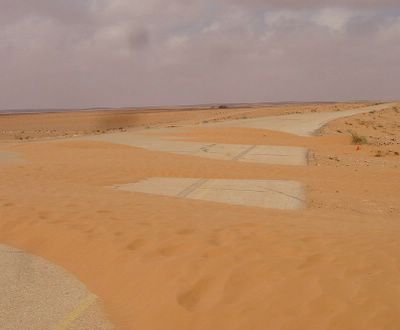 Near Jadu we hit a patch of road that was partly covered in drifting sand. As we hit the sand our truck started to bounce around and one of the headlights that was already loose came completely loose and was left hanging only by the wiring. We stopped and played in the sand while Mustafa fixed the light. 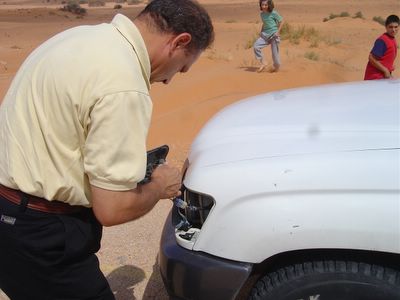 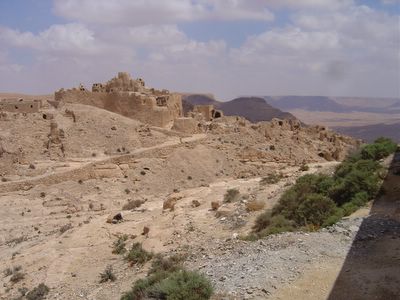 Nalut is way up at the top of a mountain and it was specifically chosen to be used as a defense against invasion of the Arabs by the Turkish Ottoman Empire in 1850. 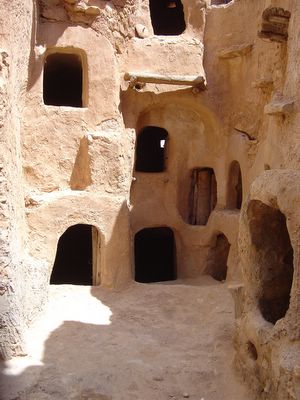 There is a reinforced granary (called Qasr) that the inhabitants of Nalut used in the past to keep all their food stuff safe and secure. It is at least four centuries old - probably older. I'll have to check on the date. Each family had there own space in the Qasr for storage. The Qasr is open for the public now and is very interesting. We had fun poking around. 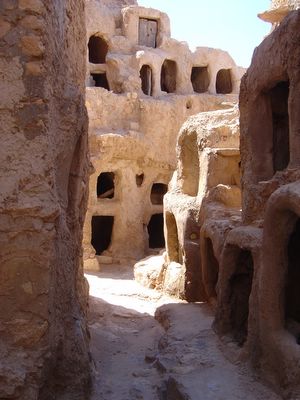 The whole place was a maze of small storage areas. 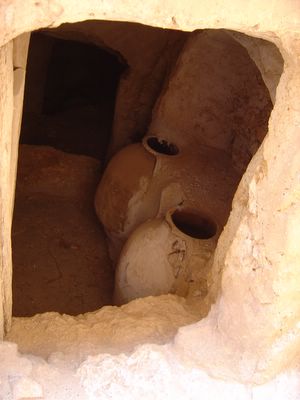 Many of these little rooms had pots for storage inside them. 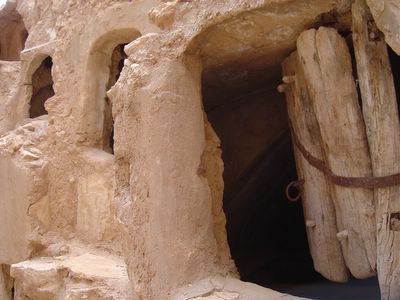 Doors were still on many of these rooms - made from rough hewn wood and bits of iron. 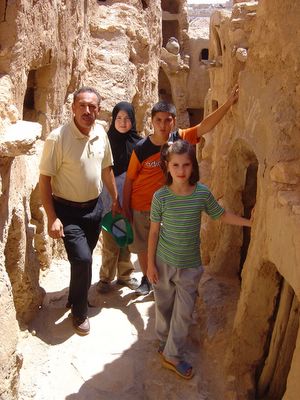 Mustafa, Sara, Yusef and Jenna at the Qasr. Mustafa has his tongue sticking out . . . wonder what he is thinking? 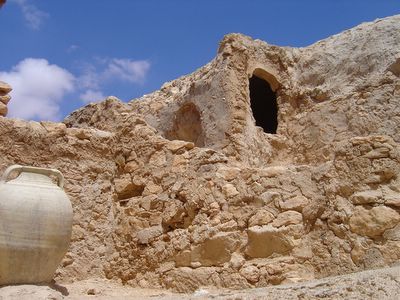 We arrived home safe and sound in the evening. Tired but happy.