The farm, the house

We went to the house/farm yesterday to see how things were progressing. It was cold and rainy for the most part, but the kids and I took a walk around in between rain showers. Mustafa has recently plowed up all the fields and everything looks clean and neat. 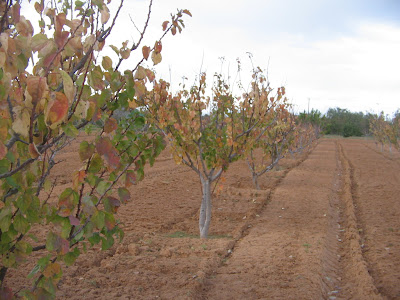 The leaves have fallen off of most of the trees but there are a few that have still got green turning to gold leaves on them. 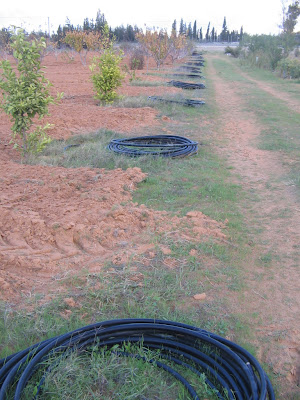 The hoses that are used for the drip irrigation system have been rolled up to enable the plows to go through. They'll stay rolled up as long as the rainy weather holds out. 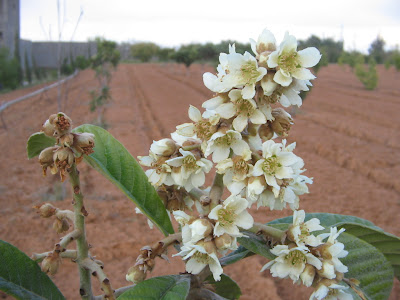 The loquat trees are blooming. Their flowers are pretty uninteresting and don't have much aroma. I'm not a huge fan of loquats but as they are easy to grow and their fruit comes out at a time when there isn't much local fruit available. The majority of Libyan farms seem to have at least a few loquat trees. They are pretty much low maintenance as far as trees go - not spectacular, kind of ho hum.

On to the house which is progressing very slowly. The fixtures are being installed in the bathrooms. 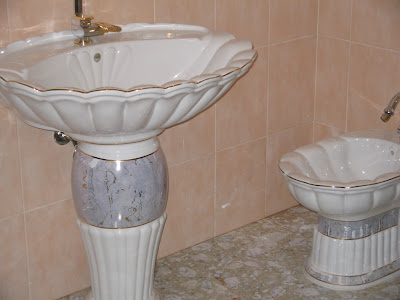 Two of the bathrooms have these god-awful Italian fixtures in them. Mustafa got them from a relative who had come back to Libya from abroad and was going to put them in his flat and then decided to go back abroad. He was all excited to get a good price for them. This is the sink and the bidet - the toilet looks pretty much the same. I think it's weird to relieve yourself in something that looks fancier than the dishes we eat off of. Oh well... I guess we can officially call the toilet 'The Throne' from now on. 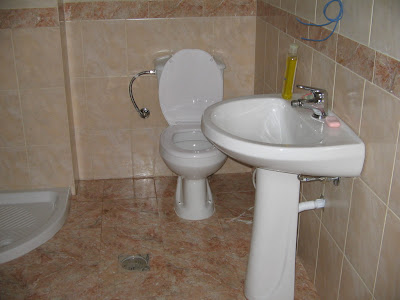 The rest of the bathrooms have normal fixtures in them... ones that I chose. Plain, easy to clean, and hey... they are functional! 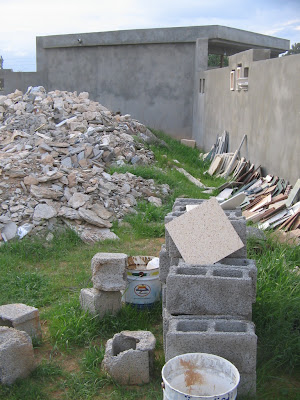 This is the growing rubbish pile. It is even visible on Google Earth. I suppose it will grow larger before the building is finished. 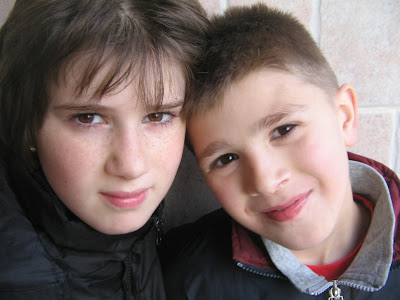 I took this picture yesterday of Jenna and Ibrahim... as usual Ibrahim has a snotty nose... but I love him anyway.
- December 15, 2007