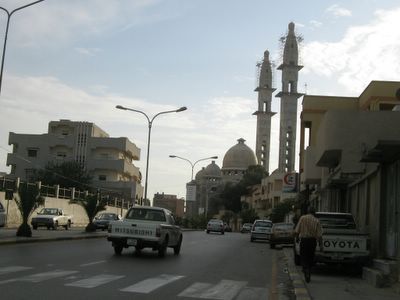 Ramadan is a special month and the last ten days are very rewarding to those who prefer to spend them in the mosques praying and seaking Gods favour. I found the following hadith about how Prophet Mohamed (peace be upon him) spent his time in the mosque.

The Apostle of Allah (peace be upon him) used to spend the middle ten days of Ramadan in retirement and devotion (i'tikaf) in the mosque. One year he had retirement and devotion in the mosque (as usual); when the twenty-first night came, and this is the night when he used to come out of his devotion in the mosque, he said: 'He who engaged himself in devotion along with me should do so during the last ten days, so seek it in the last ten days and seek it in every night with an odd number.'

Abu Sa'id said: 'Rain fell that night. The mosque that was a thatched building dripped, and my eyes saw the Apostle of Allah (peace be upon him) with traces of water and mud, on his forehead on the morning following the twenty-first night.

What impressed me was the humble surroundings the Prophet and believers found themselves in. Imagine a simple mosque with a thatched roof that let the rain come in and allowed even the Prophet to have traces of water and mud on him. How different to the mosques of today. They are splendid places with gilt decor, soft expensive carpets and air conditioning. 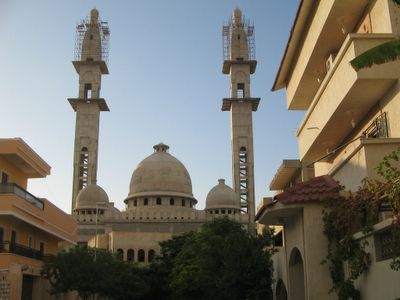 In Benashur there is a mosque that has been in the process of being built for years and years. Actually the building of this mosque has been pretty much abandoned because I haven't seen any work being done on it for at least six years. I remember this because you can see the mosque from my rooftop and when my sister was visiting me from the US she took a picture from my roof. Two years later she visited again and took another picture and low and behold we realized that nothing had changed. Now it's become something of a joke between us as every once in a while she will ask me, 'Has the mosque has been completed?' and of course I will say with a sigh, 'Nope. Still the same.' Then I proceed to tell her about all the other progressive things that have happened here in Libya. About the many new shops we have and supermarkets and five-star hotels.

I'm not sure if they will ever finish this mosque, or why they even started it in the first place. I'm sure it will be a beautiful place whenever it is finally completed. But reading the hadith above, I wonder if it is really necessary. Maybe a small, simple mosque is all that we need. - I'm sure it wouldn't take so long to be built!