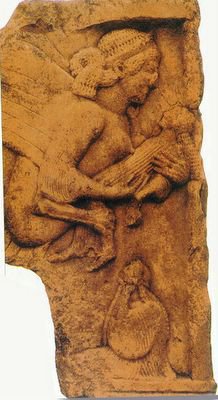 According to Greek mythology, Lamia was a queen of Libya who was beloved by Zeus. When Hera, Zeus's wife, robbed her of her children from this union, Lamia killed every child she could get into her power. Stories were also told of a fiend named Lamia who, in the form of a beautiful woman, seduced young men in order to devour them and who also sucked the blood of children. Such nightmarish legends uncannily compelled poet John Keats, and many other writers before and after him, to write their own tales of Lamia, which still haunt and terrify those souls who dare read them.