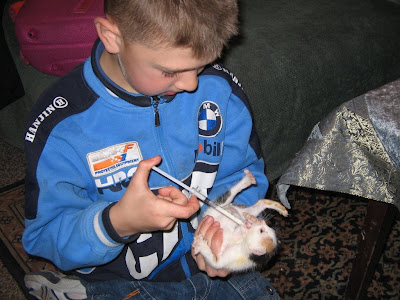 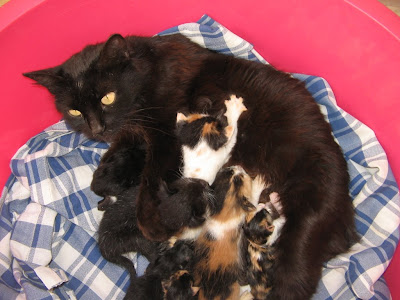 Layla's got seven kittens now to look after. We're going to have to watch them carefully and give some supplemental feeds to help her out. Phew... I am so glad we are not feeding those kittens 24/7 anymore. We can finally get some rest.
- March 13, 2008