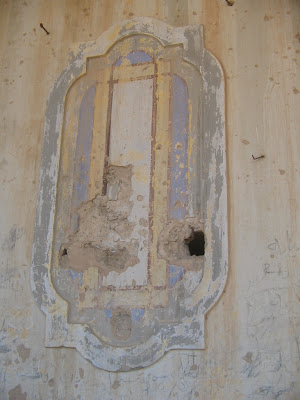 *** So far only Highlander has tried to answer this challenge... Is it because it's too difficult this time? I've decided to give you some hints! - see how nice I am!! 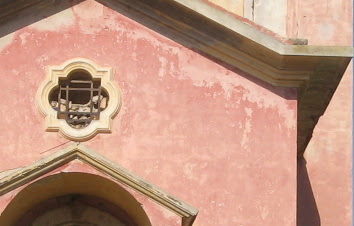 and I said: Beacon.... be more specific!

Then Syd commented: The old church on the Tagura high way that goes to Benghazi road ? It is on a small hillock that has been bulldozed on one side . It is on the left hand side as you drive toward the sea ?

Well, it's in Tajoura and Syd has placed it exactly - so I guess credit should go to both, but more to Syd. It's actually not a church but a chapel which is smaller than a church. From the information that I have it was built by the Italian family that once lived on that land and was used by the families and their workers that lived in the area.

The structure is crumbling but it's interesting to see and photograph. I imagine it would make a really weird black-and-white set for a music video or something. 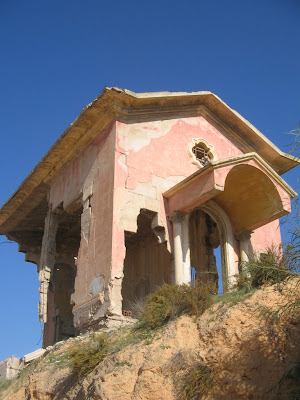 There are still some farms in the area but many houses are being built on the farmland. We talked with one of the boys living nearby and he said that people often stop by to take photos of the old chapel. I don't think that I've ever seen any online. 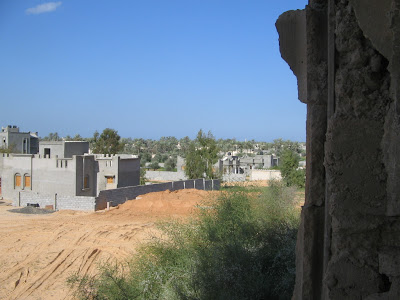 There isn't much left of the structure, one side is almost completely gone. 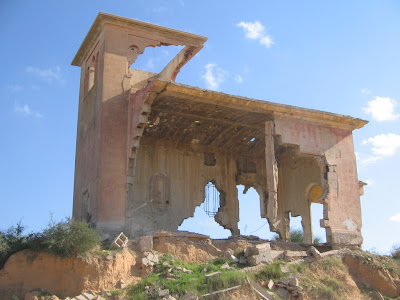 The chapel was once a gathering place for the people who lived near, now the chapel is only visited by crazy people like me with their cameras.... and a home to pigeons and bats. 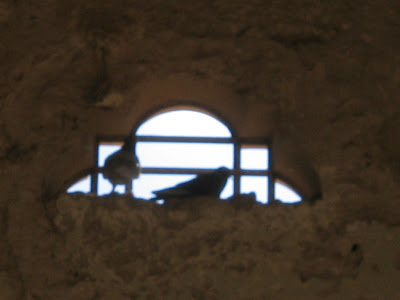