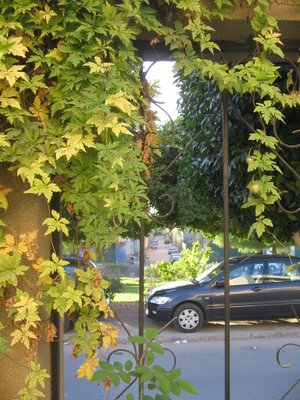 "It is in Hay Al-Andaloos, diagonal from the old Aluminum shoping center, north of the road going west." and "O.K, I think I got the answer for you there teri, it is the Language school in Gurji. Next to Alfurqan little shop of etc's. Did I get it? If yes, what is my prize? J.L"
Yes, that's it! You've won! The prize is knowing you've got the correct answer... but some people have suggested I give a 'real' prize. Maybe in the future... I'll have to think about it... Congratulations Onlibya!

So where is this? It's a view of the small park in Hay Al-andaloos, near the old Suk Hay Al-andaloos. I was near there on Thursday and Friday because Nora, my daughter, had an exam at the Cambridge exam center that is located next to the park, while I was waiting for her I snapped a few pictures. Here are some more: 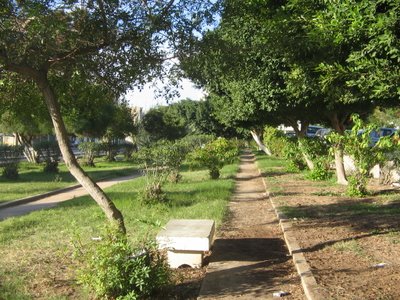 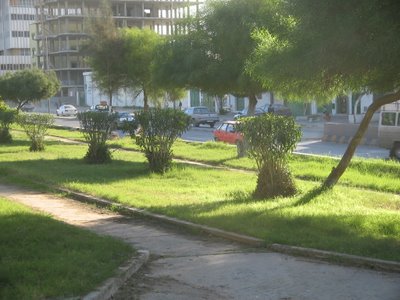 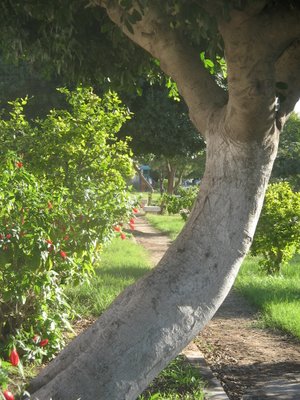