Yesterday we went with some friends to Rega'at for a picnic and hike in the mountains. As we started out on our adventure it looked as though it might be a day of rain and it sprinkled a bit on the trip out to Rega'at. But by the time we arrived the weather had cleared and was perfect for the rest of the day. [click on the images to see bigger pictures] 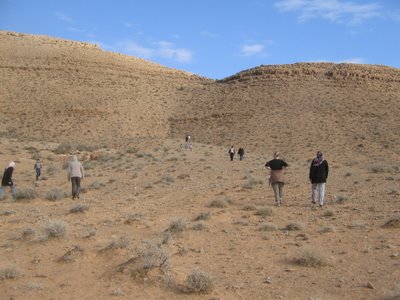 After we filled ourselves with hamburgers we headed for the hills. Bates Mountain, named after the English man who surveyed it sometime in the 18th or 19th century, isn't very big as far as mountains are concerned, but it is quite a challenge for couch potatoes and housewives! It can actually be quite dangerous if you're not careful. 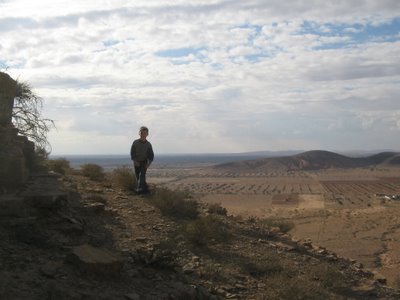 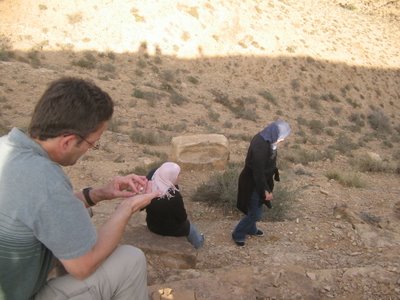 We all enjoyed looking at the mountain's many treasures. Here's a new friend, Ian, looking at some fossilized shells. 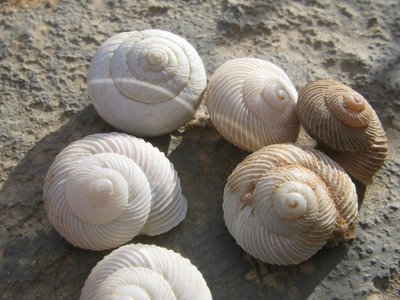 It's amazing to think that this mountain was once part of the sea. 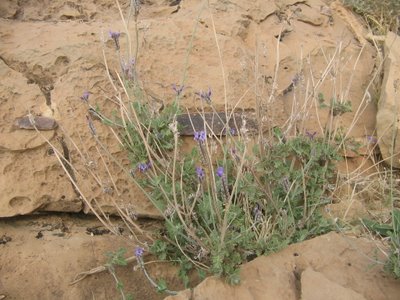 This plant smells almost like oregano or thyme. I brought a handful home with me, some will find it's way into my sauce pots this week. 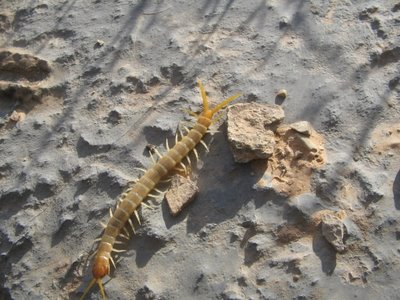 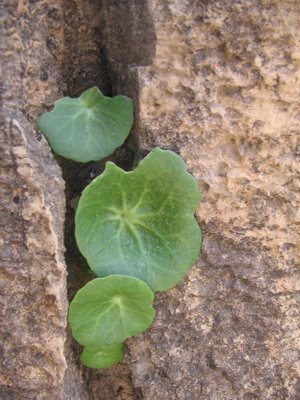 Tiny plants growing from cracks in the rocks. 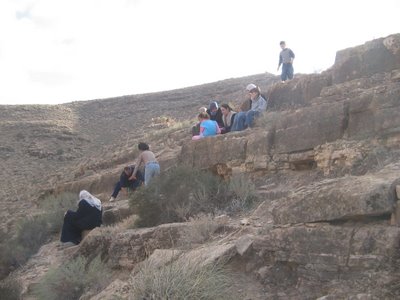 Near the summit we took a break to catch our breath. The views of the surroundings were breathtaking. - catching our breath... breathtaking views... fresh air to breathe... breathless... lol 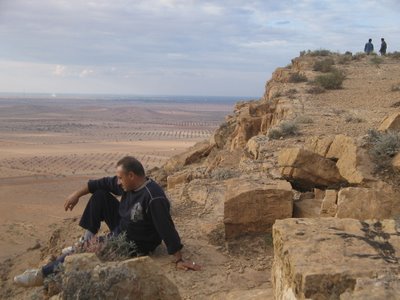 Poor Mustafa! There is no Aljazeera up here! 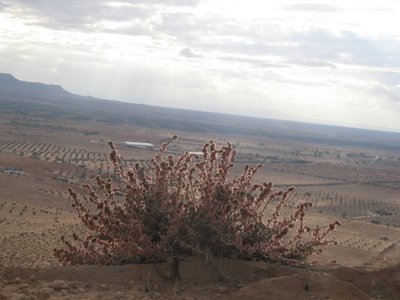 The view of the Jafara Plain is dotted with farms and olive trees. 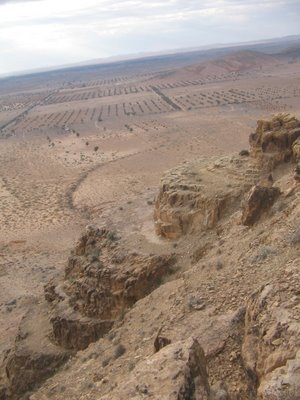 After a few hours it was time to descend. We took a route we had never tried before. It was more difficult than the usual way but we enjoyed the challenge. 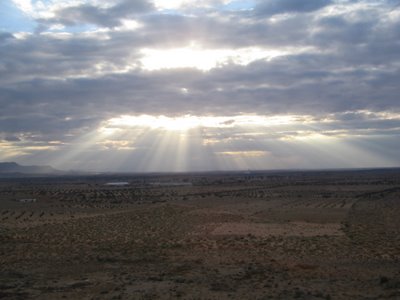