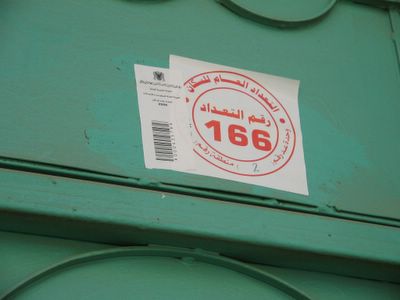 They've started taking the census in Libya - going around sticking stickers on all the houses. Wow! We've even got bar-codes - just like the supermarket! The census has never been very successful in Libya. Most people are suspicious by nature and don't want to give out any information that they think might be used against them in the future. I doubt it will be successful this time either. This morning we went out for a walk around town and I took some pictures - (it's not the sticker on my house). 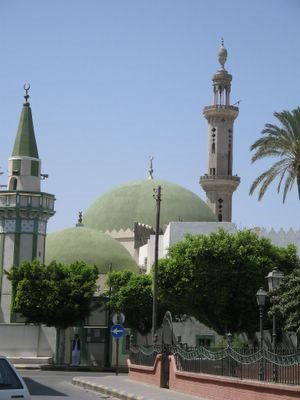 Jama Misran - I think the telephone pole spoils the shot but I took it anyway. 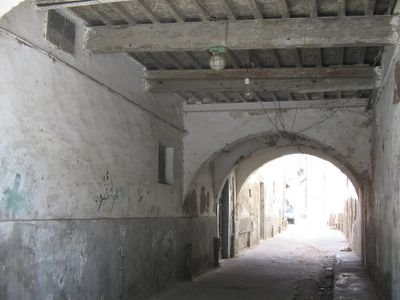 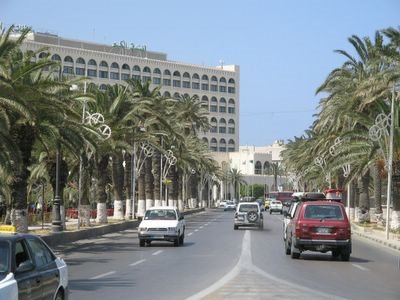 The Grand Hotel - notice how no one pays any attention to the lines painted on the road. 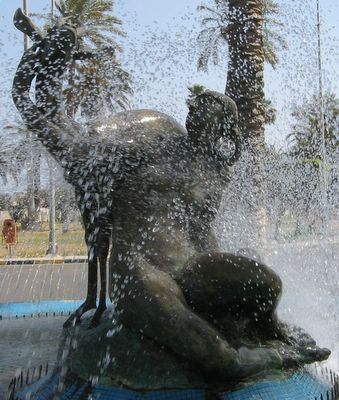 This is a fountain near the Grand Hotel that was put there during the Italian occupation. It's really lovely - a gazelle with nude, but it's difficult to photograph because of the way the water hits it and the reflection of the light off the water. We plan on going back with something to put in front of the water jets to stop the water hitting the statue from the front and then get a better shot . . . another time. 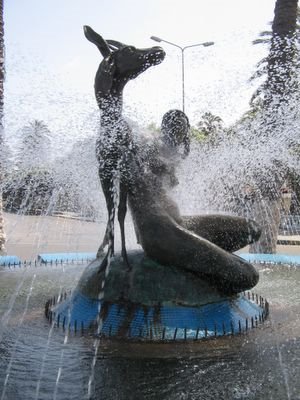 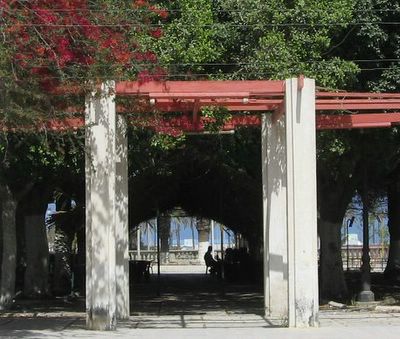 A shady place to take a rest. 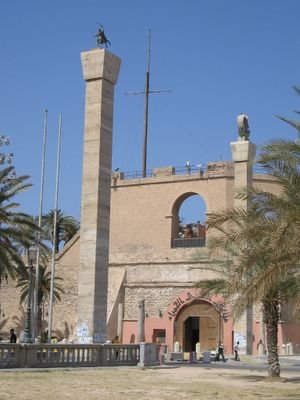 The old fort with the entrance to what is now the museum. The long pole on the top is said to be the mast from the American ship the Philidelphia which was captured . . . from the halls of Montezuema to the shores of Tripoli . . . . 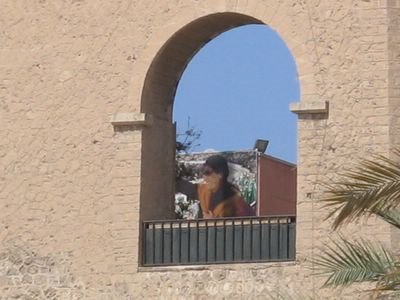 Someone is being clever - they've got a mural painted on the top of the fort and from certain positions it looks as though 'the leader' is up there waving through the arched balcony. Is that really necessary? 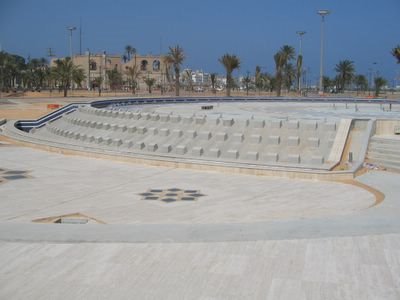 Construction is underway for a large park with a big fountain. I think they need to put in more shade trees. Palm trees look picturesque but offer little respite from the sun and heat during summer. 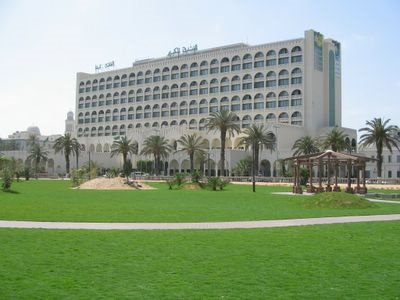 This part of the park is looking pretty good. Nice to see green grass - I hope they manage to keep it looking green. 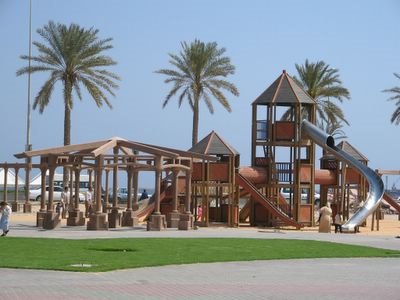 Lots of places for the kids to play - I hope they finish the park before summer gets here.