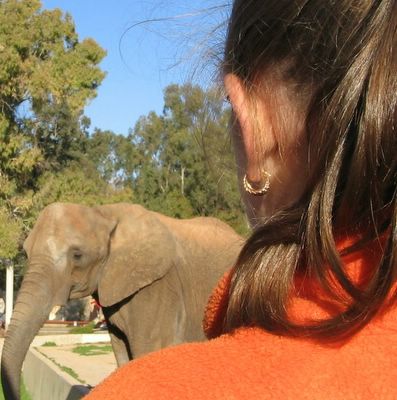 Going to the zoo is something we do as a family once in a while. As a child I always loved the zoo. When I was small we lived near Chicago and spent many enjoyable days at Lincoln Park and Brookfield Zoo . When I lived in Miami the Miami Metro Zoo was a good place to spend time. (click on the links for these wonderful zoos to see what my idea of what a zoo is)

Now I live in Libya, and Tripoli does in fact have a zoo. Well, at least it has a good base for a zoo. When I first went to the zoo not long after arriving in Libya (about 17 years ago) I was pleased to see that there was a zoo. There weren't many animals, but there were plants and flowers and nicely paved paths to walk on or for the kids to ride bikes or skate on. It was simple, but nice, and since it had wide open spaces and I could see that there was room for expansion in the future I was optimistic. 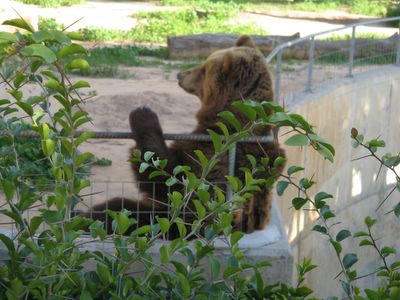 Over the years, the zoo has seen some improvements in the services offered. There are all kinds of newly installed play equipment for the children; swings, slides, jungle gyms, things to climb over and crawl under. And the equipment is sturdy and well made. There are fast food stands and snacks sold in various places about the park. For the most part, the park is kept neat and clean. The parking lot is large and well supervised. The only thing that is lacking are the animals themselves. 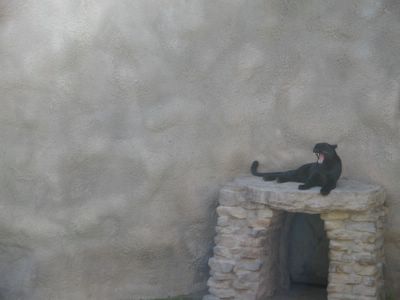 We went to the zoo a few weeks ago and this is what we found:

- one elephant
- some camels
- lots of water buffalo
- a brown bear
- In the cat family: tigers, pumas, mountain lions, lynxes, Siamese cats (I'm not sure that Siamese cats need to be put on display in a zoo, but it filled an empty enclosure)
- birds: parrots, birds of prey, flamingos, ostriches, a few species of owl
- a python
- assorted monkeys
- gazelle, antelope and African plains herd animals
- fennec foxes and red foxes
- porcupine
- some racoons
- and a few other things 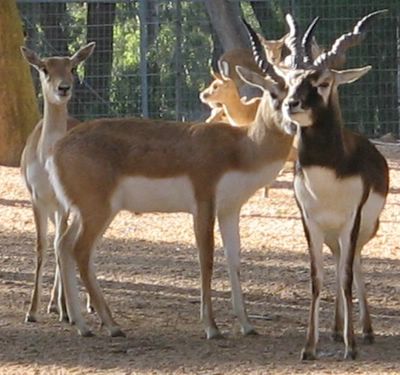 They have a petting zoo, but we didn't stop to see it because Ibrahim can't stand goats and I didn't want to have to argue with him. 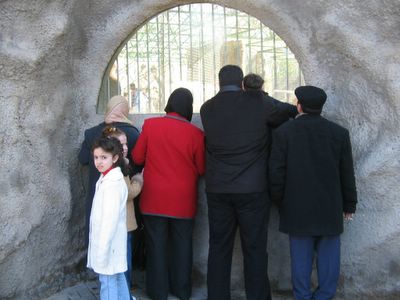 Well, you might say that that sounds like a nice collection, but in reality most of the enclosures are empty. A few years back there were many more animals. In the past I remember seeing giraffes, zebra, hyena, lion, rhinoceros, hippo, swans, kangaroo, rabbits, tapir and many more. And they used to have about three elephants. The poor elephant looks lonely in the large enclosure that it has all to itself.

What on earth happened to all the animals? Did they die off from starvation? Neglect? Illness? Did someone get hungry and eat them? Was the excuse the economic sanctions we all endured for so long? 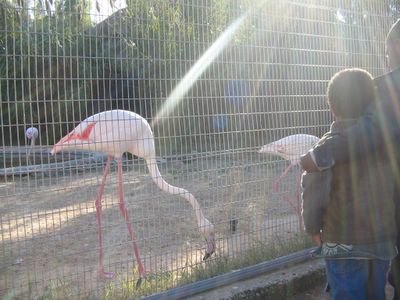 I can be an optimistic sort of person sometimes. I have high hopes that things will improve in the zoo's future and they will acquire more animals for the collection. I dream of someone implementing some kind of educational program for school children. They could start simply by putting up signs telling visitors what they were looking at (I didn't see any signs).

The park was crowded the day we went. The parking lot was nearly full. Many visitors were Libyans from out of town and also many foreigners. Everyone, young and old seemed to be enjoying themselves. Hopefully we'll go back again in a few weeks to enjoy the fresh springtime air and see what's going on.