Evening Prayers in My Garden

We've been taking advantage of the beautiful weather this evening to spend some time in the garden. Sara spotted a lovely praying mantis perched on the frangipani, which is also called plumeria. 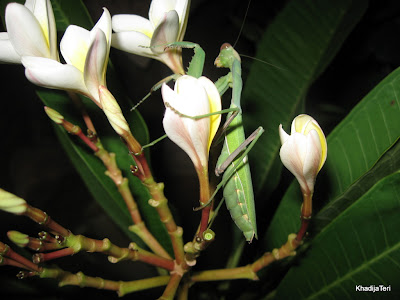 Mantis are friends of the garden because they eat pests and other insects, while being harmless to humans. I'm always so happy when we find them in the garden. 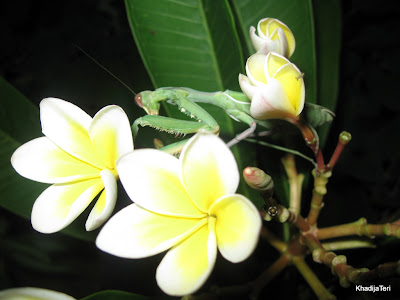 
I like to think that the mantis is really praying. And boy, oh boy we need a lot of prayers these days!