It's been a busy week! First there was preparing for the storm, which included stocking up on water and food and making sure the hurricane kit had everything in it. As the storm approached Florida I made the decision to take my mother to a special needs shelter as she is on oxygen and has medical equipment that needs electricity - plus the shelters are built to withstand category 5 storms.

In the end, my sister insisted that mom go to her house. At first I argued with her about it, but then after discussing it with my son we decided to let my sister take care of my mom during the storm. Actually, we were kind of surprised she offered, especially since we could count on the fingers of one hand the amount of times she's shown up in the past year. So off mom went on an adventure with my sister.

I continued to sort out the hurricane supplies, while Adam and Jenna cleared the yard of all the yard furniture, planters, barbecue grills, garbage cans - anything that would blow around and cause damage. They even cleaned out the garage so Adam could fit his boat inside. Adam turned the canoe in the back yard over and filled it with water that  later might need to be used to flush toilets.

I was also busy with my city's Community Emergency Response Team (CERT). We organised the evacuation of the people with special needs. First we had to call them all to see if they still needed to be picked up (some had other plans and some had died or moved away since signing up for the service). As the storm got closer it was time to pick them up and bring them to the shelter. Without the help of the  county school buses and drivers the evacuation would never have been possible. 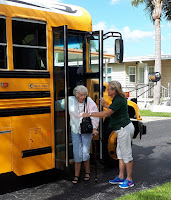 It was an interesting experience. We evacuated people from all walks of life, mostly elderly in wheelchairs and walkers who live alone and have no one to look after them. Each bus had a driver and driver assistant, one firefighter and two CERT team members. Our bus picked up two busloads of special needs passengers and their belongings - some of them we had to help pack.

One poor lady had four bags full of adult diapers. A little old man held his chihuahua on his lap and cried. A 98-year-old woman showed me a locket with her late husband's picture - all her kids have died before her, she has no one left. One woman brought a big cake with her to share with all the new friends she would make at the shelter. They all joked and said we should get matching Irma tattoos. One lady said she was finally happy to have something interesting to write in her diary. Overall it was a positive experience. I hoped they had homes to go back to once the storm was over.

Irma gradually arrived. I must have had hundreds of people sending messages and asking if I was OK on Facebook. It was hard to explain that the sky was still blue and the sun was shining. The storm was downgraded to Category 3, then 2 and was moving about 9 miles an hour. By Sunday evening the winds started to pick up. Around midnight the power went out and by one o'clock Saturday morning the storm was hitting it's hardest. Soon after I lost mobile service. It was dark outside and impossible to know what was really going on - lots of wind and things banging around outside. I lay in bed listening to the power of the storm and finally drifted off to sleep.

The next morning the electricity and phone service were still off, but the winds had died down. I was scheduled to do a twelve hour shift at my city's Emergency Operations Center. I dressed by the light of a flashlight. It was still dark as I opened the front door to see what things looked like outside. I could see the neighbor in his front yard with a flashlight. The old oak tree in his front yard had blown down. I called out to Adam to go see if anyone was hurt.  Luckily, the tree had fallen toward the street and the house was spared. The road was partially blocked on both sides of my street. Adam jumped in his truck to have a quick check of the neighborhood and returned to report that there only seemed to be trees down and no major damage. I headed off to the EOC.

The roads were littered with debris and some houses showed signs of damage. None of the traffic signals were working. There was hot coffee at the EOC! The building had a generator and was built to withstand Cat 5 storms. At some point during the storm someone had gone out to remove the satellite antenna as it was blowing so hard they thought they would lose it. Then a huge tree fell over and pulled up the internet and phone lines that were buried next to it. The only mobile provider that was working was Verizon, so those that had that were creating a hot spot and tethering to it in order to run the EOC's computers. For a while I manned the Citizen Information Center (CIC), but the phone line was down and as most people didn't have phone service they couldn't have connected anyway. Finally, the decision was made to close the Center and move it elsewhere. It was disappointing, but so much valuable information was learned from the experience and would be extremely useful later on. 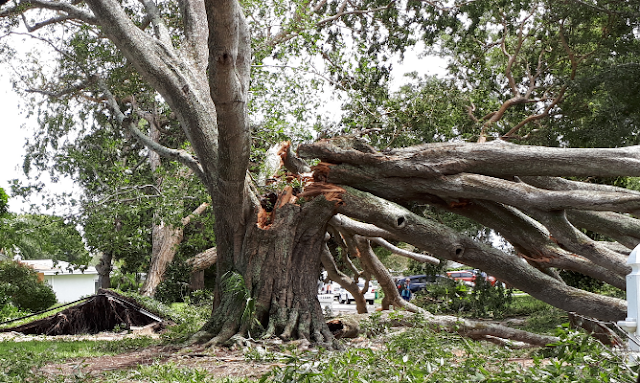 On my way home I drove around town. Most of the damage seemed to come from old trees, mostly oak. There didn't seem to be anyplace that had power. The beach roads were closed to traffic so I headed home. 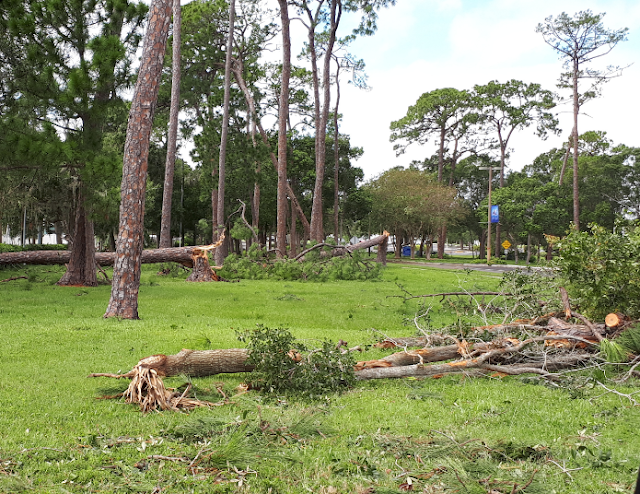 On Tuesday, I was called in to start bringing home the special needs evacuees. First we had to drive around to see if their houses were safe and if there was power. No one would be allowed to return until their homes had electricity. Most of the areas were still without power, but we were able to bring a few of the evacuees home. They said that their experience at the shelter had been mostly positive. They had been put up in classrooms that were furnished with cots and given three good meals each day. Medical staff were available and anyone that had any problems was taken immediately to the hospital. There were plenty of people there to offer them assistance getting to the bathroom and in and out of bed. They were just tired and wanted to be home. It was rewarding to be able to help them.

Power came back on at our house on Tuesday evening. My mother came home Wednesday, just in time for me to take her to her doctor's appointment. We're still putting things away - there is a stockpile of water bottles in the corner of the dining area, all of the things we removed from the closet under the stairs needs to be put back. Thank God we didn't have to use the safe room (closet) under the stairs! All the disarray makes my mother confused. She keeps asking what happened to her house. It will take a few days more to get back in to a routine. It's expected that by Sunday all of the electricity will be back on in our area..... and school starts back up on Monday.

It's been an adventure. I've lived through a hurricane and survived to tell the tale. ... but I am not getting Irma tattooed on anything! 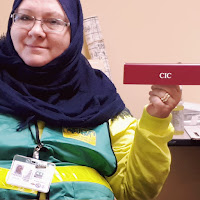