Over the past few years I've posted about a location near my home in Libya that has been used to store munitions. They've been cleaning it up, slowly but surely! Here are some interesting pictures of the progress that's been made from November 2015 to January 2016.

In the first image, which was taken on November 1, 2015 using Google Earth's history feature, you can see an abundance of bombs being stored on the triangular-shaped site. Especially notable  you can see the unexploded ordnance lined up along the walls in the bottom left of the triangle. If you look on the streets you can see the size of the cars and compare them to size of the bombs - they were pretty big! I'm no expert, I can't tell you what they are, maybe someone who knows can leave the information in the comments. 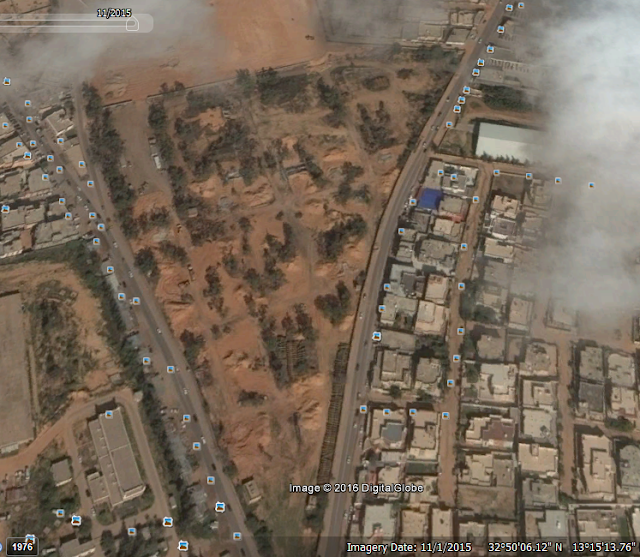 In the second image, taken on January 10, 2016, a little over two months later, you can see that the land has been cleared with the exception of a few scattered bombs remaining. It appears that there has been some digging on the land and you can clearly see an underground bunker in the top part of the site. I'm not sure if the munitions have been removed, or if they've been buried at the location - I hope the former! 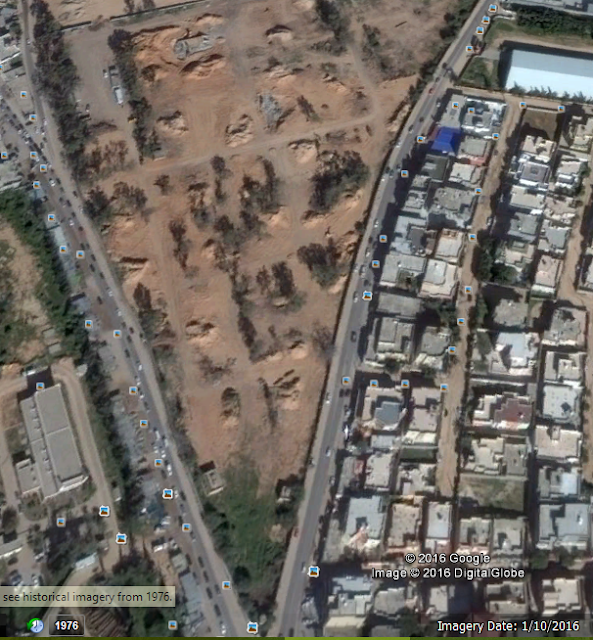 Here are some links to other posts I've written in the past about this munitions dump: