End of May till the first half of Ramadan

I've been pretty busy the last few weeks. I'll try to fill in all the blanks with some of the pictures I took along the way. First I'll start by sharing my quick trip to the lovely Caribbean island of Guadeloupe. I was there last June and found myself back there again for a short work related trip.

It took a while to get to Guadeloupe as there are no direct flights from where I live, so I spent a few hours in Puerto Rico. Puerto Rico might become the 51st state soon, at the moment it's a US territory. My cell phone worked there and they use dollars. My hamburger and French fries in the airport cost $25! 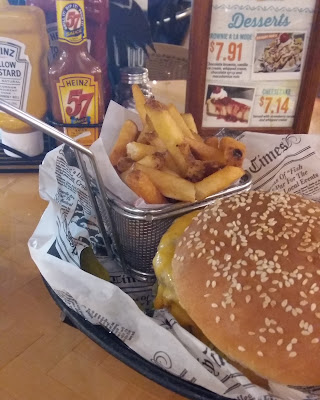 Last year I stayed in an all inclusive resort... this time I stayed in a studio apartment. If I have to go back again for another short stay I will go back to the resort simply because it had a restaurant and I didn't have to go anywhere to hunt down a place to eat. But there were some bonuses to my accommodation. My little apartment had a view of a small cove with a lighthouse and I didn't have to deal with a tourists on their holiday. The weather was a bit hazy, the landlord said it was the result of desert sands that blow across the Atlantic from north Africa. 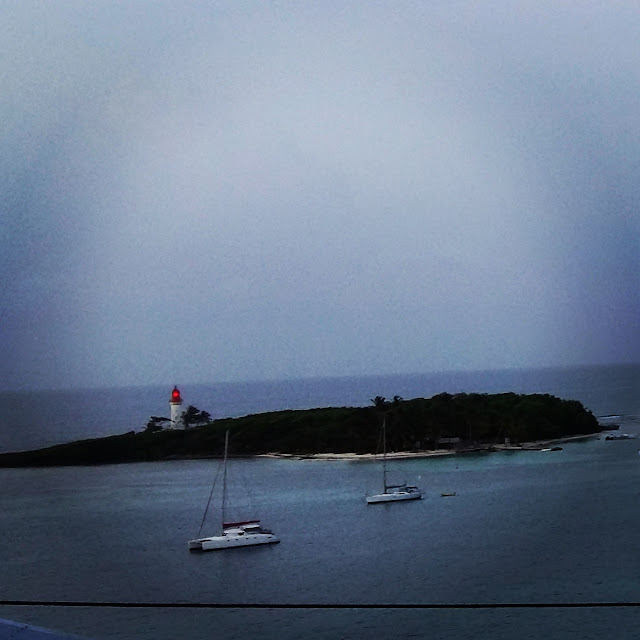 Guadeloupe is a French overseas territory, people there speak French, the currency is the Euro and it's part of the European Union. I went to the supermarket and found pretty much the same things I would find in a Tunisian supermarket. I bought the makings for a Tunisian breakfast... bread, cheese, tuna, olives and some juice. They even had harissa, but I decided to get some spicy creole mustard instead. I had a nice relaxing breakfast on my little balcony overlooking the cove and watched the boats. 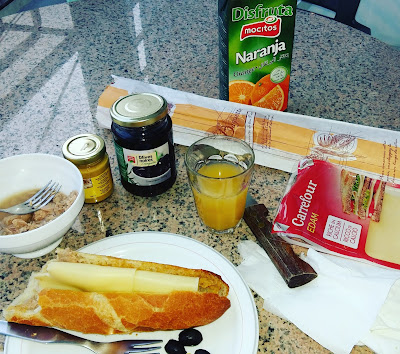 After my work was finished I spent the rest of the day with friends. We visited an interesting museum, Memorial ACTe. I was quite impressed. The museum is a memorial to slavery and the history of the slave trade in the Caribbean. There's a lot to learn, you could easily spend a few hours there.

One of my friends had some things to do that would take her to different parts of the island so she asked me if I would like to come along for the ride. Yes! I taught her a new phrase 'riding shotgun' and I explained it's origin. What a beautiful place! There is an active volcano on the island, but it hasn't erupted in forty-one years. Sugar and bananas are the main exports, the vegetation is lush, mangos hang heavily on the trees and passion fruit vines drip over everything. Butterflies, humming birds flit from flower to flower.

Towards evening we headed to my friend's weekend home on the side of a hill overlooking the sea.  The view was breathtaking. 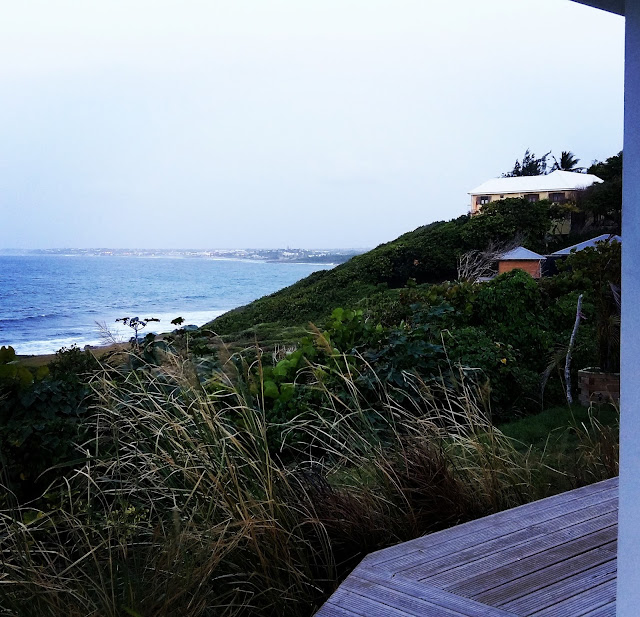 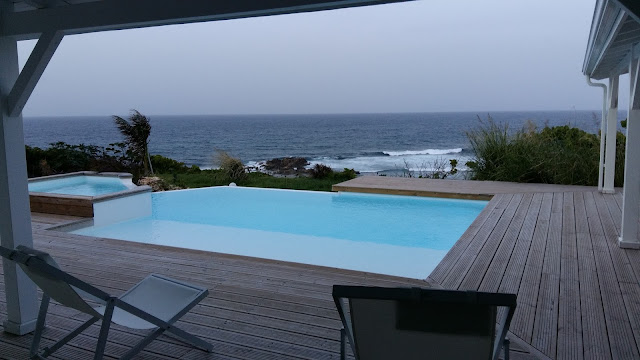 We headed to her kitchen where she taught me how to make a popular Caribbean dish called Chicken Colombo and tender smoked Marlin drenched in olive oil, peppers, shallots and lime juice.


My visit to Guadeloupe was much too short. It is definitely worth visiting as a tourist. I was told to watch for deals on flights from Norwegian Airlines which offers direct flights from New York for as little as $79 - and accommodation in Guadeloupe is reasonable too. The only thing I found expensive were the taxis, but you can rent a car for about $24 a day. Yes, I'm adding this to my list of places to revisit.

Ramadan started a few days after my return to Florida and two days after that it was Memorial Day. I took my mother and kids to visit my father's grave. He's buried in Bay Pines National Cemetery. Every Memorial Day the graves are decorated with flags. It's really a sight to see the flags stretched out across the cemetery - there are over 38,000 graves there and each one has a flag on Memorial Day. 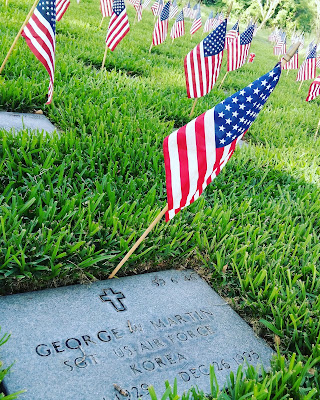 During April and May I attended the Citizens Academy which was a seven week course that covered different aspects of my city. We learned about City Hall, The Department of Public Works, the library, the Parks and Recreation Department, fire department, sheriff's department and we also participated in a mock city council meeting. I met all kinds of interesting people from my community, but best of all I learned what it takes to run a city. I wasn't able to be there on the day the certificates were handed out because I was in Guadeloupe at the time, but I received the certificate and a shirt after I returned. 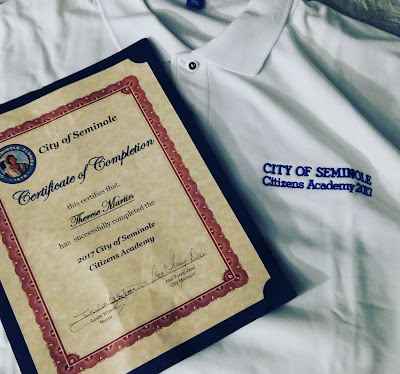 A week into Ramadan and I was back on an airplane, this time for a five-day trip to New York City. This was my first time visiting the Big Apple and I was excited to be in such a big and busy place. Unfortunately, I had some work to do so I wasn't free until the afternoons and all the museums closed at 5:30 so there wasn't much time to see the sights, but I fit in what I could using subways, trains, buses and a lot of walking too.

One thing that surprised me was that most people there tend to wear black or dark colors. When you get on the train you see people jammed in, all dressed in dark, drab coats and jackets. I had packed a bright turquoise suit jacket to wear for one of the days of my trip.... it stayed packed!

My subway and train adventures took me to the Grand Central Terminal. The terminal has intricate designs both on its inside and outside. In addition, it contains a vast interior main concourse. The terminal is one of the world's most visited tourist attractions, with 21.9 million visitors recorded in 2013.

One place on the top of my must see places was the New York Public Library. Actually I went there twice, the second time they had to throw me out so they could close the doors for the day. The New York Public Library is the second largest library in the United States (the largest is the Library of Congress) - it's also the fourth largest library in the world and has over 53 million items. In the front of the library entrance steps are two lions named, Patience and Fortitude. Next to the library is Bryant Park which is one of the busiest public spaces in the world, visited by over 6  million people each year.


The pointed building in the middle of the picture below is the Chrysler Building which was built in 1930. I was working one day in the building directly next to the Empire State Building. The windows in the buildings are very big so inside the rooms are filled with natural light. It felt weird to me to look out and see people in windows going about their lives and know that they could look right back at me. I was told that everyone feels that way when they first arrive in the city, but it soon wears off and you don't notice it anymore.

One afternoon I visited the Metropolitan Museum of Art. Sadly, I didn't have much time, only 2 hours - it needed at least two days! It is the largest art museum in the United States. Its permanent collection contains over 2 million works. I wandered from room to room, looking at as many exhibits as I could and wished that time would stand still. After the guards threw me out of the museum I took a walk through Central Park. Right smack in the middle of the hustle and bustle of the city is this peaceful refuge. I rested my tired feet for a while, relaxed and watched people pass by. I am totally convinced that every city should have a park in the middle of it. (Someone needs to tell them that in Libya!)


I headed back to my hotel, which although it was close to the subway, didn't seem to have any descent restaurants nearby. I had decided to try my best to keep up with my Ramadan fasts, even though technically you are exempt from fasting if you are travelling, but that would mean having to make up the days later. So when sunset, the time to break fast neared, I would head for my hotel and pick up something to eat along the way.

One day I had some work outside of the city and took the train to the village of Tarrytown. The train traveled alongside the Hudson River for most of the way. An interesting thing about the train was that two of the cars on each train are reserved for the Quiet CALMute program. Customers on those two cars are not allowed to use their mobile phones, must disable any noise on their electronic devices, speak only with subdued voices and use only headphones at a volume that other passengers are unable to hear. It made for an enjoyable ride, I watched the scenery of the Hudson River pass by the window.

Five days passed all too quickly and it was time to return home. I was weary from my busy trip and needed a day to recover. When I looked at how many steps I walked each day I discovered that I had been walking over 6 miles every afternoon. The pavements in the city are hard - my feet hurt. Next time I go to New York I am going to bring a good pair of walking shoes!